What Does The ULEZ Badge Mean?

We display a ULEZ badge on all Ultra Low Emission vehicles on our website, allowing you to easily see which ones are compliant and have no cost to enter a ULEZ (Ultra-Low Emissions Zone) or CAZ (Clean Air Zone).

Clean air zones are becoming increasingly popular as a response to the growing concern of air pollution that affects us all. The Ultra Low Emission Zone (ULEZ) was introduced in London in 2019 and, since then, 3 Clean Air Zones (CAZ) have been introduced in England, with more to come.

Bath, Birmingham and Portsmouth all have Clean Air Zones; Bradford will begin theirs on September 26th with Bristol's starting on November 28th. More cities, including Greater Manchester, Sheffield and Tyneside are also underway with plans to introduce Clean Air Zones in the next year.

What does Bristol's new Clean Air Zone mean for me and my vehicle? 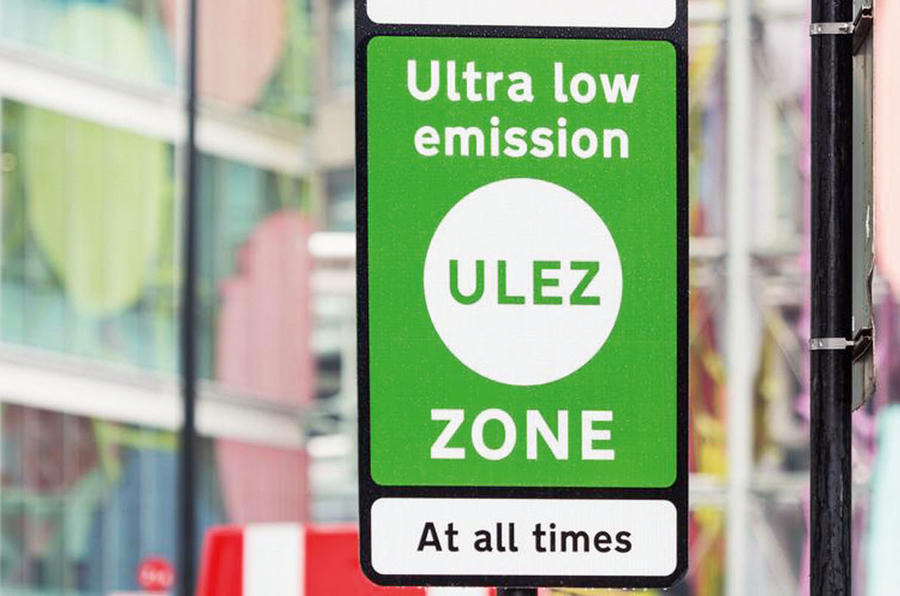 What vehicles are exempt from Bristol's Clean Air Zone?

According to bristol.gov.uk, as a guide, charges will not apply to the following vehicles:

How much does it cost to drive in Bristol's Clean Air Zone?

The zone is hemmed in on the east by Bristol Temple Meads railway station and Newtown, and includes Coronation Road A370 to the south, and the A3029 to the west. The northern parts of the zone stop just south of Kingsdown and Clifton Wood. 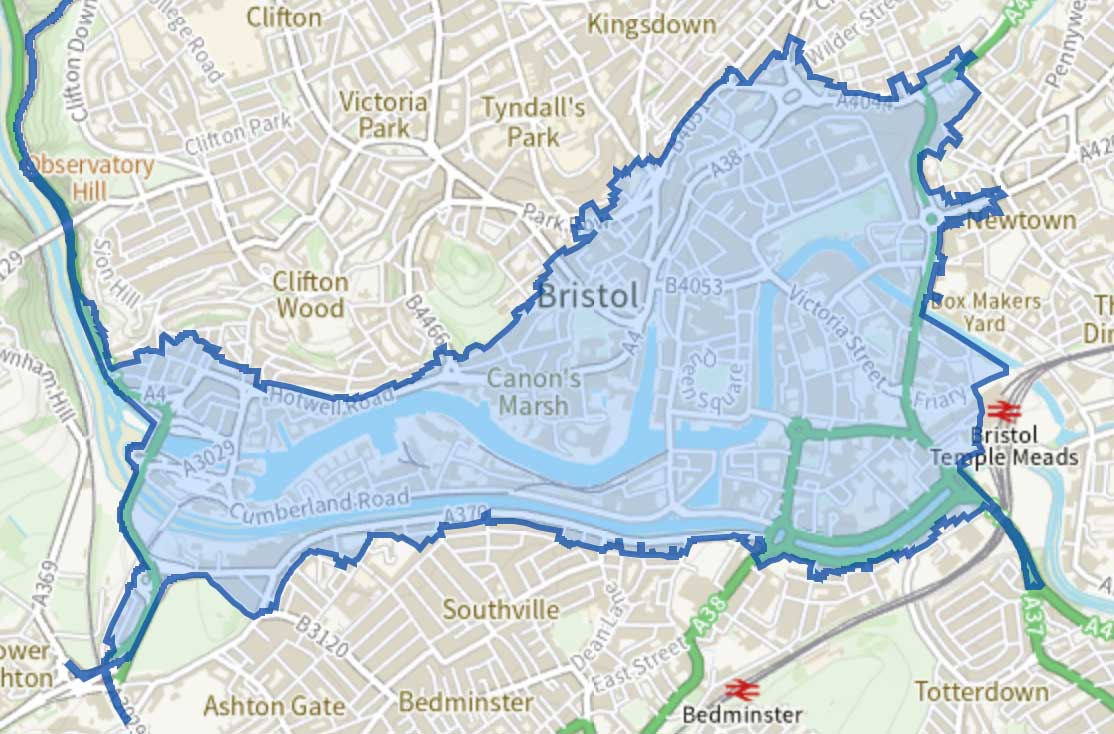 We Have Great ULEZ Compliant Cars

Petrol cars that meet Euro 4 regulations (or higher) are also CAZ and ULEZ-compliant, making them exempt from these charges. As a general rule of thumb, these are petrol cars that were registered after 2005. 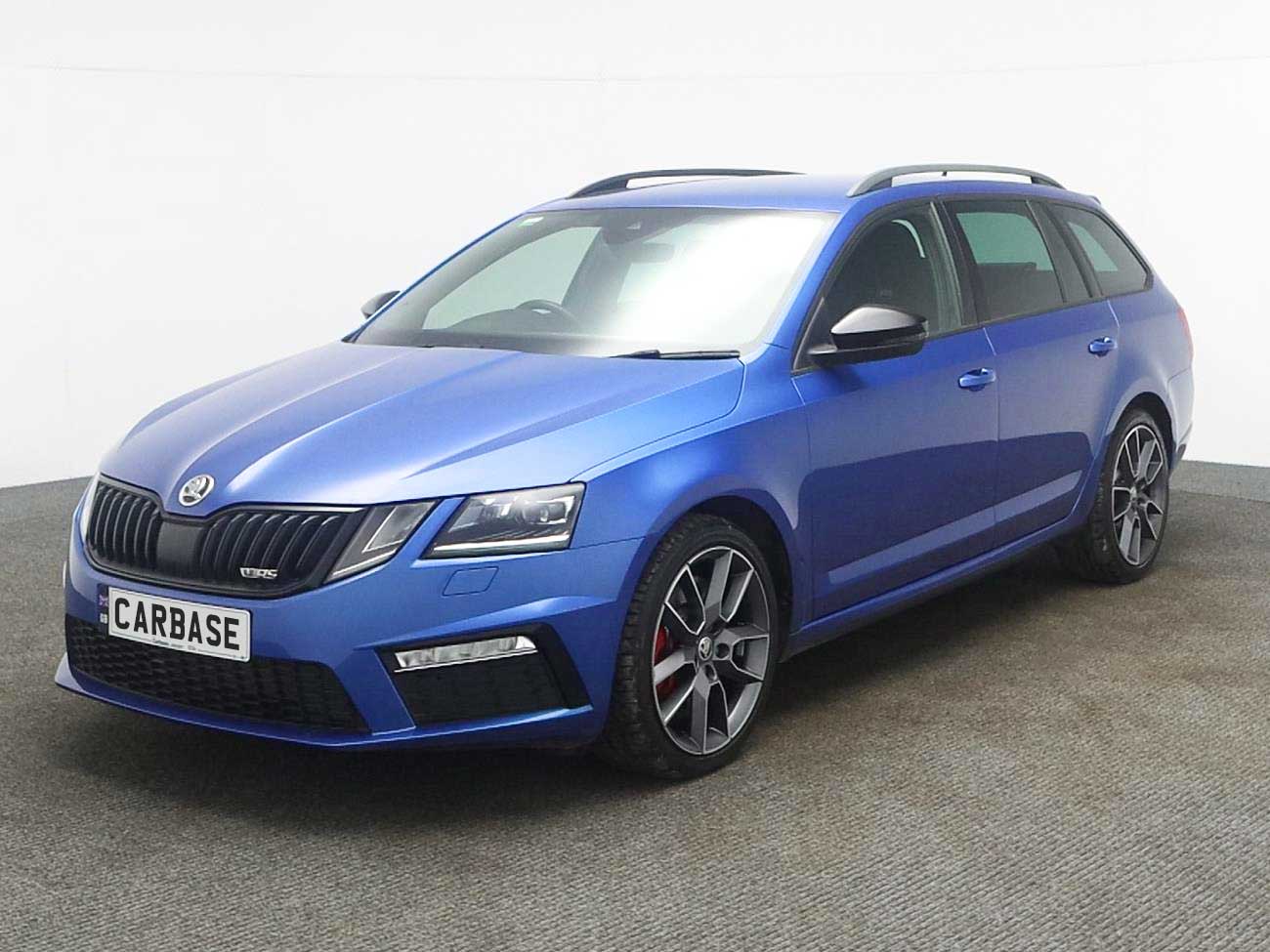 The Skoda Octavia is the biggest-selling car from the Czech manufacturer due to its value and practicality. Engine outputs range from 109bhp to 148bhp and has CO2 emissions of 169g/km.

The 148bhp can reach 62mph in 8.7seconds - respectable for petrol cars although, due to their internal combustion engines, are slower in acceleration than EVs with their simpler motors. Having said that, it can take off nicely from low revs which is great for a car filled with passengers and/or luggage.

The Octavia gives a comfortable ride, particularly on motorways but also around cities where Clean Air Zones are focused, thanks to its soft suspension; the SE L trim comes with an adaptive suspension system for personalised comfort. This hatchback handles corners capably with precise steering.

A touchscreen infotainment screen is positioned high on the dashboard so your eyes don't have to stray far from the road and includes Bluetooth, smartphone mirroring and DAB radio as standard. The SE Technology and SE L cars get a larger screen of 10inches (compared to 8.25in) and 3D navigation. 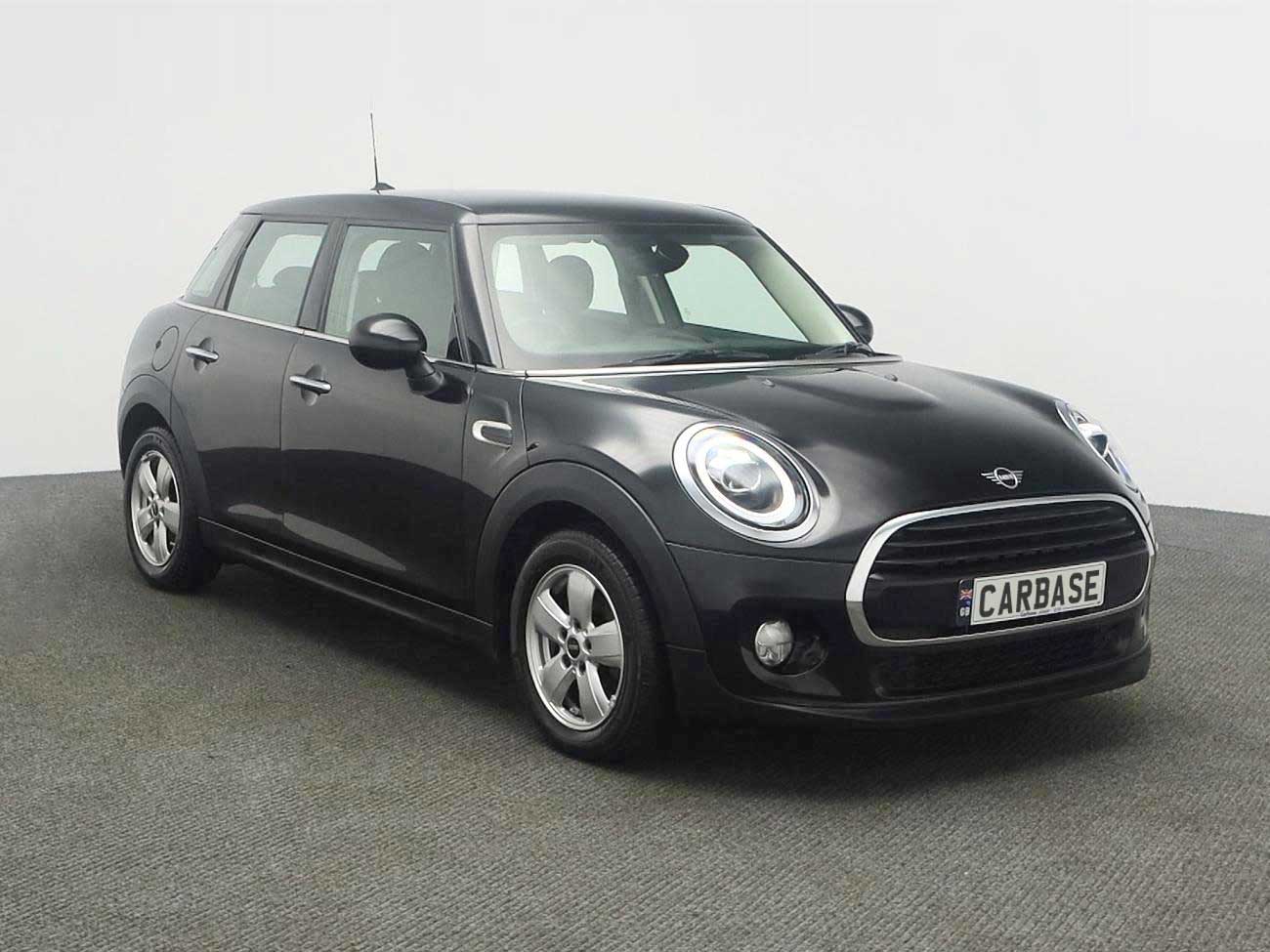 The Mini Hatchback is perfect for city driving thanks to its compact size of 3.8m, almost 60cm shorter than the UK's average car length (around 4.4m). CO2 emissions come in at 122g/km.

The Hatchback pairs an iconic aesthetic with a great driving experience and sharp handling with minimal body roll around corners, with an mpg of 51.4.

Hybrid cars may either be self-charging or plug-in. Self-charging hybrids have a small battery and electric motor to help boost the car's efficiency, while a plug-in hybrid has a larger battery and can go up to 50 miles on electric power alone. 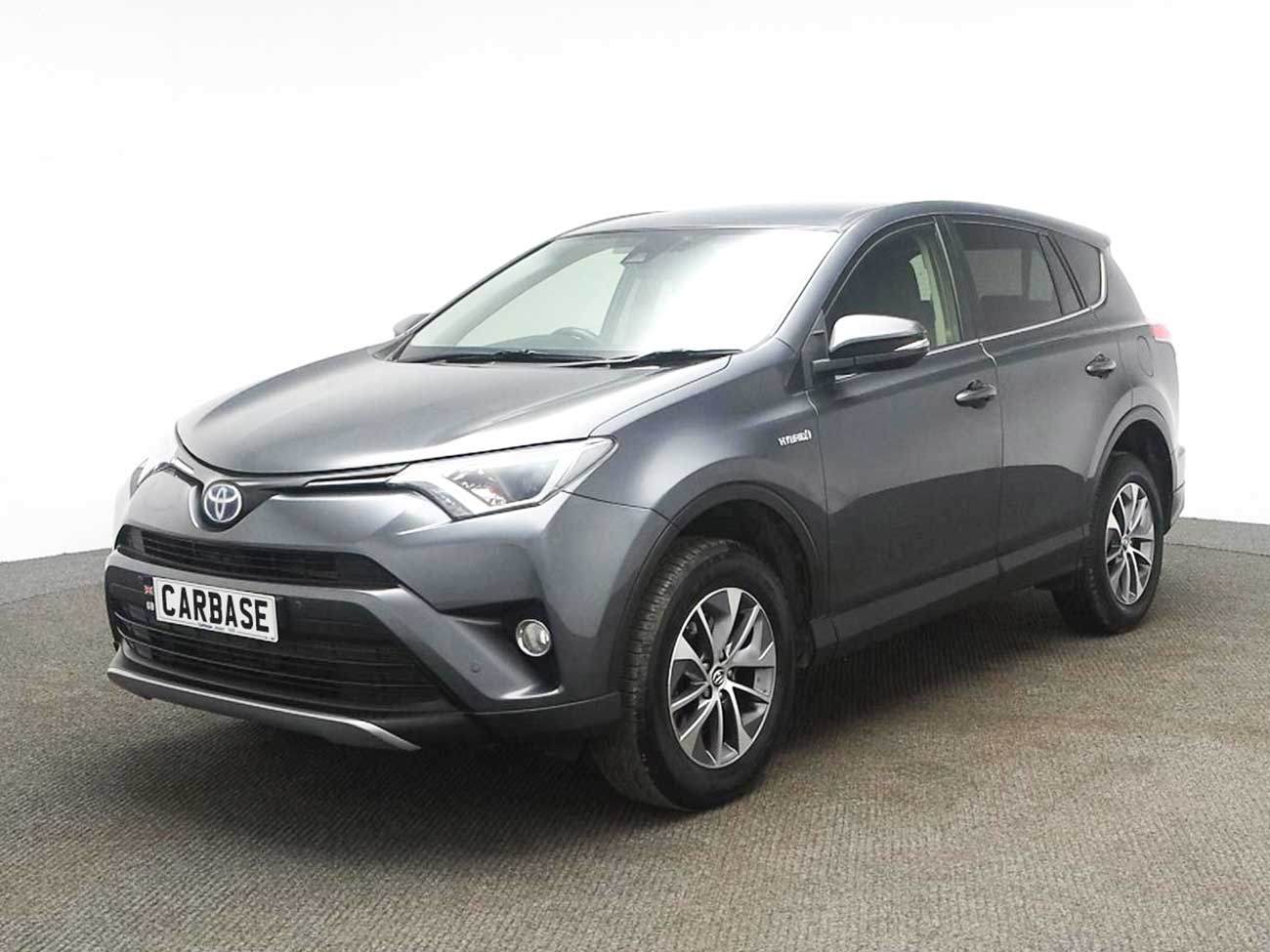 The Toyota RAV4 is a hybrid, available in both self-charging and plug-in models, making this large SUV incredibly efficient - it emits less CO2 than most city-based small cars at just 22g/km and can achieve up to 282.5mpg.

The self-charging hybrid can accelerate from 0-62 miles in 8.4 seconds, faster than both the Kia Sorento and Hyundai Santa Fe hybrids; the plug-in achieves this in just 6 seconds.

As with most SUVs, the driving position is high, giving you a great sight of the road ahead. The RAV4 includes rear parking sensors and a reversing camera as standard, along with LED headlights and an overall feeling of quality in the materials in the cabin. 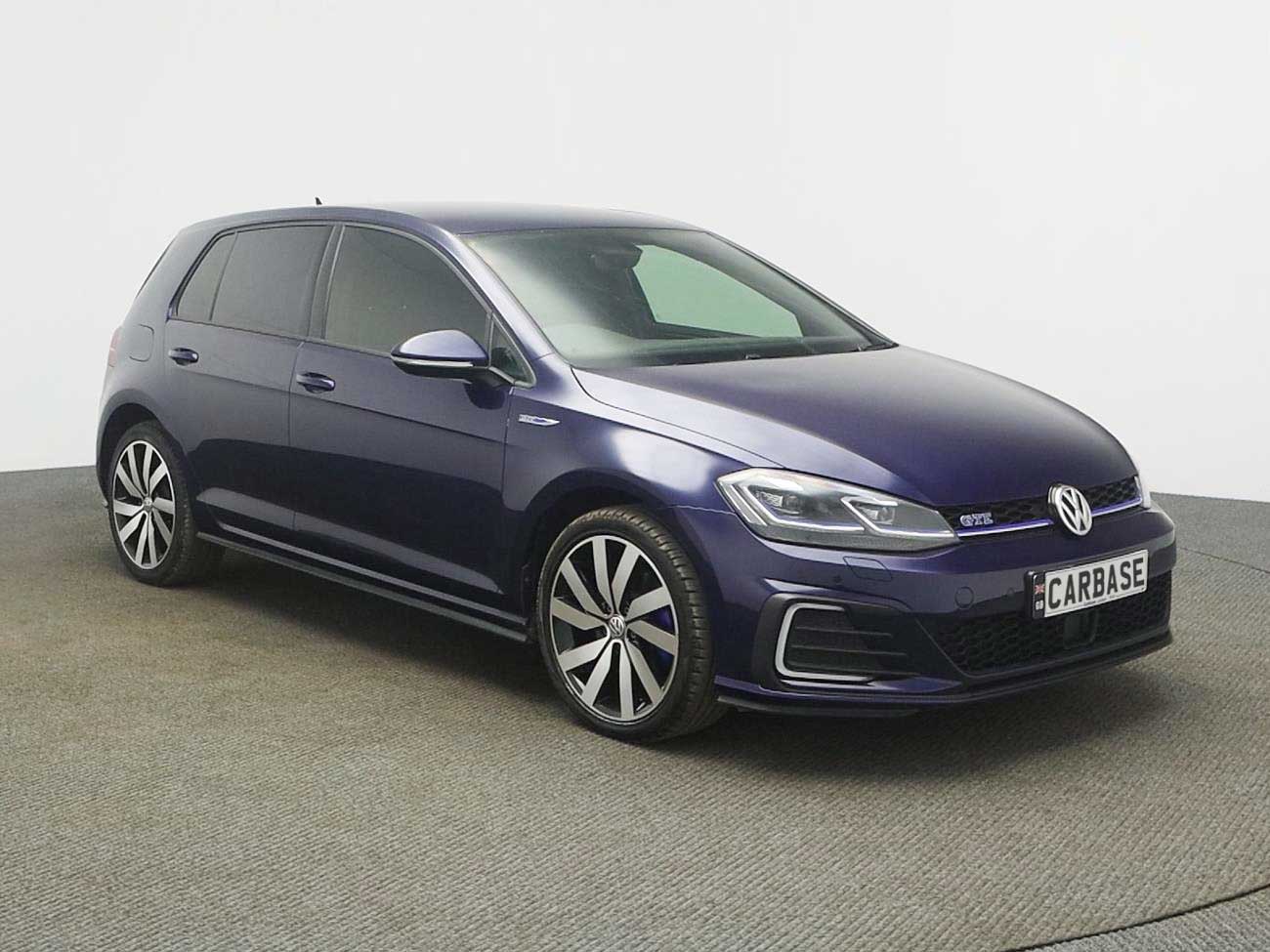 The Volkswagen Golf is a fan favourite and is now available as a self-charging hybrid and a plug-in hybrid, meaning it's great for performance, running costs and the environment. The GTE has CO2 emissions of 38g/km.

The plug-in hybrid has a 0-62mph speed of 6.7 seconds, making it faster than the Audi A3 TFSIe and has an electric-only range of about 40 miles before the petrol engine kicks in. The car handles very capably, even with the battery pack in the boot.

With a supportive driver's seat and large windscreen and side windows, you are well poised for what the road may bring. The front and rear parking sensors (and optional rear-view camera) are a great convenience when it comes to ending your journey.

Diesel cars that can meet the requirements of the Euro 6 regulations - generally speaking, these are diesel cars first registered after September 2015 - are completely CAZ and ULEZ compliant and therefore exempt from paying these charges. 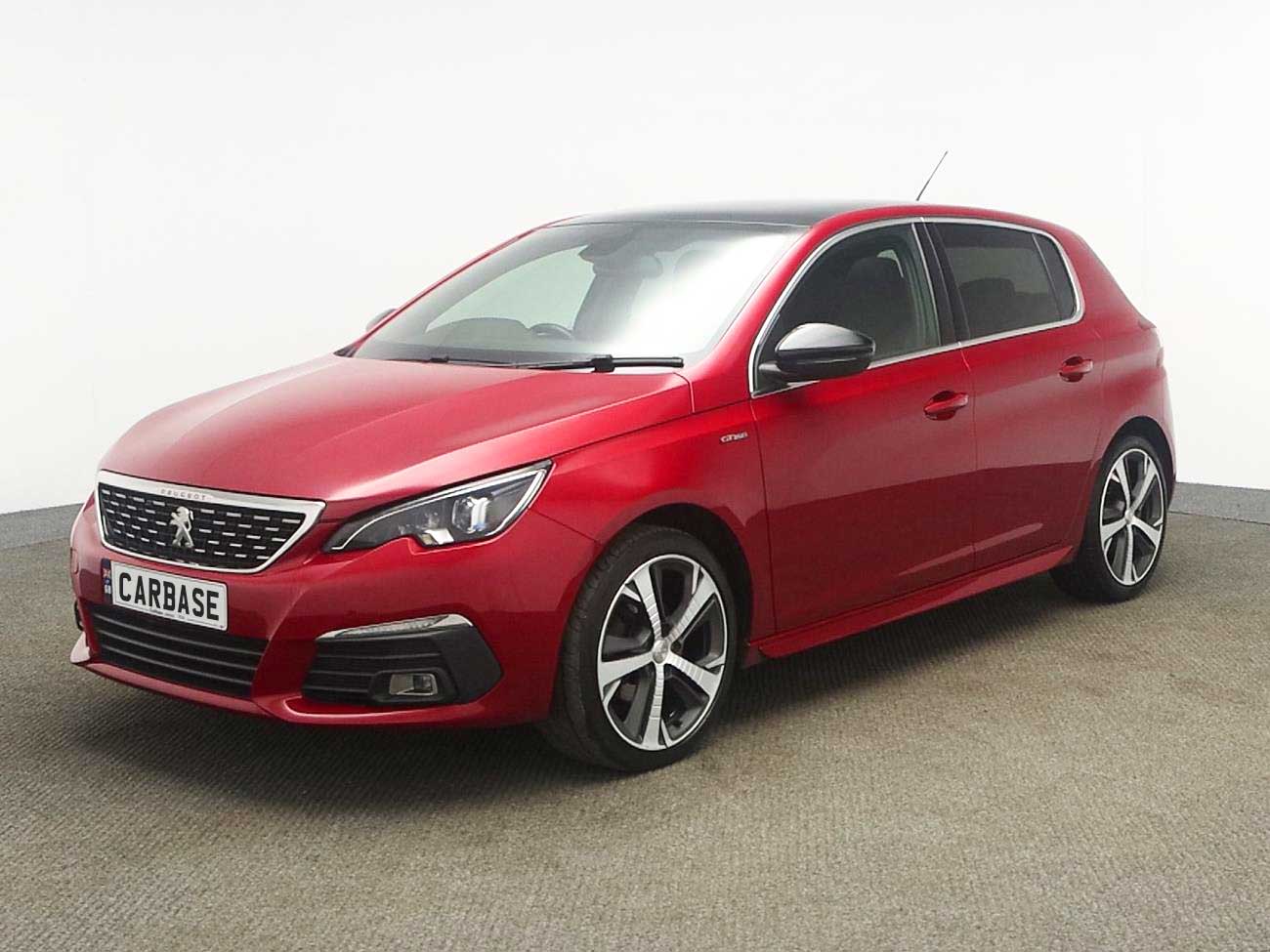 The 1.5 diesel is an efficient machine and a good drive, providing a comfortable ride. While the small steering wheel may take some getting used to, the car handles capably and there is plenty of space up front. For shorter, local journeys, adults in the back will be fine.

A low dashboard makes for good visibility from the driver's seat, ideal for junctions and roundabouts in town, and rear parking sensors come as standard. Clear graphics on a 10-in touchscreen make up the infotainment system, incorporating smartphone mirroring software. The interior materials have an unmistakable feeling of quality. 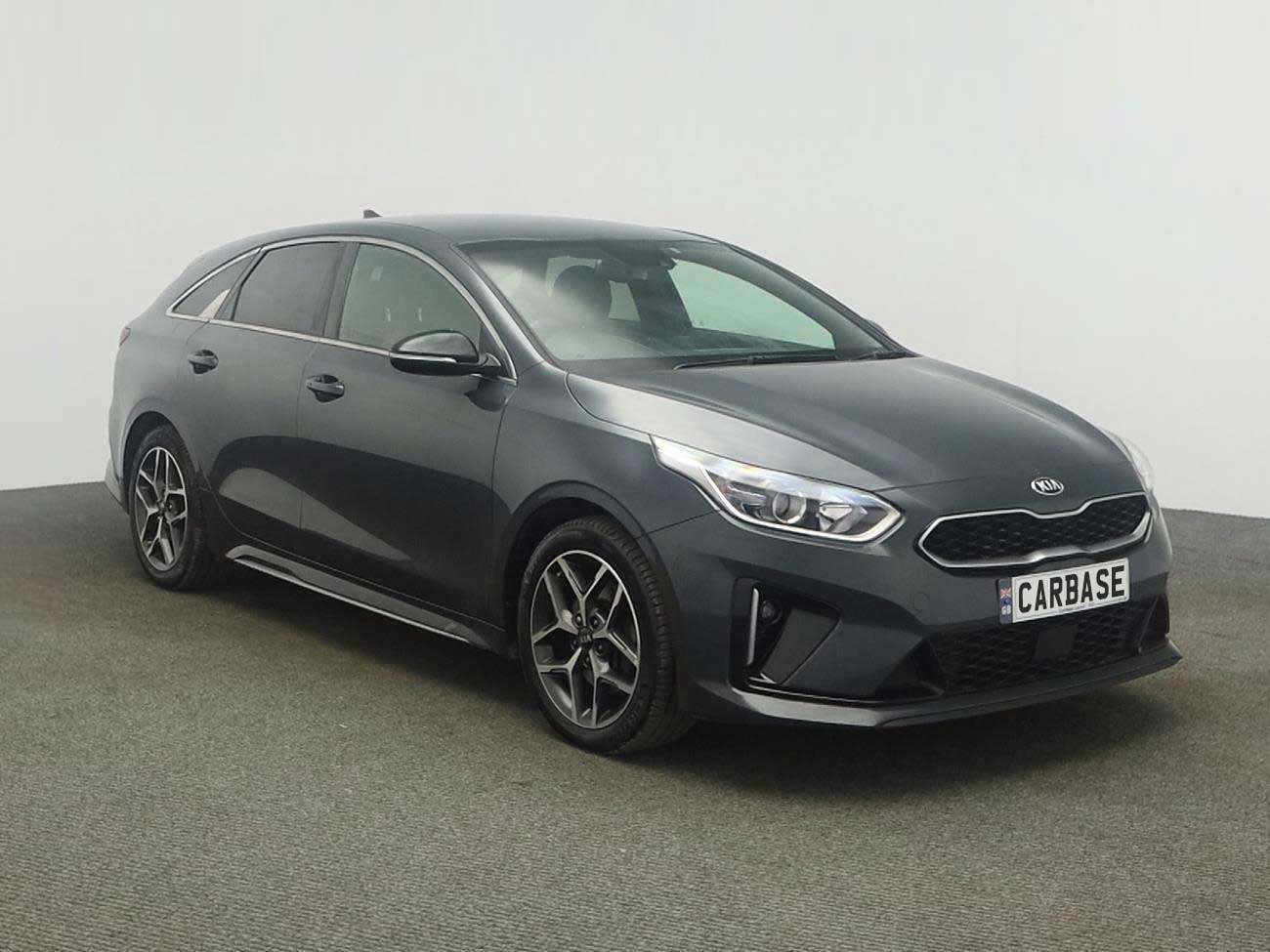 The Kia Pro Ceed is a compact car from the South Korean manufacturer and has been sold exclusively in Europe since 2006. It emits 131g/km of CO2 and can achieve 43mpg when driving in cities, climbing to 59mpg on motorways.

The Pro Ceed provides great handling around corners and strikes a good balance between this and its smooth ride.

Inside the cabin will look familiar to other Ceed drivers with plenty of ergonomics coming through the adjustable driver's seat and steering wheel. Forward visibility is great and over-the-shoulder visibility is boosted by a reversing camera and rear sensors.

Electric vehicles (EVs) are exempt from Clean Air Zones, such as the new zone going live in Bristol as well as the ULEZ around London, because they produce no emissions. They have also come on leaps and bounds since their debut, have a significantly improved battery pack and range, and are more affordable than before.

Coming as standard on the main trim is plenty of kit for a comfortable and practical ride: sat nav, rear parking sensors, climate control, automatic lights & wipers, heated front seats and, for your entertainment needs, a digital radio, USB socket and Bluetooth connectivity. The i3 also has great acceleration from a standstill.

The next level up, the i3s, offers an additional Sport driving mode, 20in sports wheels and sports suspension that all combine to give fantastic ride comfort.

Why buy a ULEZ Compliant Car from Carbase?

As well as being exempt from paying Clean Air Zone and Ultra Low Emission Zone charges, you get peace of mind when you buy from Carbase.

We are proud to be an RAC Approved dealer which means all our used cars are rigorously tested and repaired to ensure they are up to RAC standards. When it comes to quality, integrity and exceptional customer service, we share RAC's ethos and high standards, making us one of the few dealers in the Bristol area to be RAC Approved.

We are a family-run business and we treat our customers with trust, transparency and fairness - it's the cornerstone of what we do.

Take a look at our CAZ and ULEZ-compliant cars or get in touch with one of our teams today!