If for you driving is about far more than getting from A to B, you're going to want a BMW. Renowned for their excellence and prestige, BMWs make a real statement on the road. You may be familiar with its luxury saloons and sporty convertibles, but the brand's range is constantly expanding.

Now, you don't have to sacrifice practicality when buying a used BMW, as the range includes the humble-sized 1 Series, multi-purpose vehicles (MPVs) such as the 2 Series Active Tourer and 4x4 sports utility vehicles (SUVs). No matter what model you choose, it will still feel like the luxurious BMW you know and love.

If you have any questions about our cars or want to know which BMW is best for you, please get in touch. We're more than happy to assist. In the meantime, check out our ultimate guide to picking a used BMW.

Who were the founders of BMW?

BMW was founded by three individuals

As the restrictions of the Armistice Treaty began to be lifted, BMW began production of motorcycles in 1923, leading with the R32 model.

In 1920, the BMW 3/20 became the first BMW automobile designed entirely by BMW. It was powered by a four-cylinder engine, which BMW designed based on the Austin 7 engine.

BMW's first automotive straight-six engine was released in 1933, in the BMW 303. Throughout the 1930s, BMW expanded its model range to include sedans, coupes, convertibles and sports cars.

The introduction of the 3, 5 and 7 series

In 1968, BMW began manufacturing its first straight-six engines since World War II which led to the production of the commonly known 3, 5 and 7 series ranges of BMW.

What brands do BMW own?

The BMW Group owns quite a few brands, sub-brands and divisions however the most notable are Mini, Rolls Royce and BMW Motorrad (motorbikes).

Outside of this there is the M division, I sub-brand, John Cooper Works (Mini) plus a variety of service level brands such as DriveNow - a car-sharing service that gives customers the flexibility to book cars when and where they need them.

We've all seen the M Series BMW's and felt the desire to own one for ourselves however we rarely think back to the beginning of BMW's motorsport division and the origins of that luxury M badge.

In 1978, the M1 was BMW's first mid-engine sports car, built in conjunction with Lamborghini, and the Motorsport divisions first production road car. In 1980, BMW M division produced its first M model based on an existing production car (E12 535i), giving birth to the M535i, the predecessor to the M5.

The BMW X-Series began in 1999 when BMW launched the X5, their first SUV, also featuring four-wheel drive. It was branded an SAV (a Sports Activity Vehicle) instead of an SUV to emphasise its on-road ability compared to its size. In 2006, the second generation X5 was released, known internally as the E70, and in 2010, the X5 M was released as a performance variant.

The second car in the X-Series was released in 2003 and known as the X3, marketed as a compact luxury crossover SUV. It was based on the BMW 3 Series platform and also marketed as an SAV, as the entire BMW X-line so far would come to be.

In 2008, the BMW X6 was introduced as a SAC (a Sports Activity Coupé), based on the BMW 5 and 6 series, and combines the attributes of an SUV with the design of a coupé.

In 2009, based on the BMW 3 Series, the X1 was introduced to the market as a subcompact luxury crossover SUV.

In 2014, the last member of the BMW X-Series so far was introduced at the New York International Auto Show, after being announced as a concept car the previous year. It is also classed as an SAC (a Sports Activity Coupé).

The BMW i is a sub-brand of BMW founded in 2011 to design and manufacture plug-in electric vehicles. BMW's "Project i" is a program created to develop lightweight eco-friendly urban electric car concepts designed to address the mobility and sustainability needs for people who live in megacities. The sub-brands plans call for the release of two vehicles; the i3 all-electric car and the i8 plug-in hybrid.

In February 2016, BMW announced the introduction of the "iPerformance" model designation, which is being given to all BMW plug-in hybrid vehicles from July 2016. The aim is to provide a visible indicator of the transfer of technology from BMW i to the BMW core brand. As of November 2016, four BMW electrified models have been released using BMW i technology, the BMW X5 xDrive40e, released in 2015, and the BMW 225xe Active Tourer, BMW 330e iPerformance, and BMW 740e iPerformance, released in 2016.

BMW employ a number of different technologies to keep their cars at the forefront of technological expansion and development.

Buying from new has its benefits but the value of your car will depreciate heavily as time goes by. Some cars can lose up to 50% of their value in the first 3 years, with most of the drop occurring in the first year! Buying a used BMW could get you a lot more kit for your money.

The table below will give you an idea of what you can expect to pay for a used BMW versus brand new.

Based on current data as of January 2018.

*Fees are already accounted for within the payments displayed and are also included within the total amount payable.

Authorised and Regulated by the Financial Conduct Authority. Finance available subject to status. Indemnities may be required. Other finance offers may be available but cannot be used in conjunction with this offer. We work with a number of carefully selected credit providers who may be able to offer you finance for your purchase. We are only able to offer finance products from these providers.

Carbase is a Credit Broker not a Lender.
(Representative APR 13.9%)

Please be aware that the specification on vehicles can sometimes differ from that shown above, including as a result of the use of third party data. Mileage readings are approximate only. Please reconfirm any details that are important to you with a sales person who will be happy to help. Prices, offers and details of vehicles are subject to change at short notice. This vehicle may have been sold in the last 24 hours - please contact us to confirm the vehicle is still available. 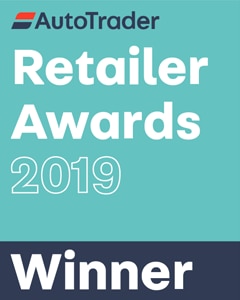