The Big Bristol Commute: Is your commute gearing you up for work or driving you mad? We asked Bristolians, and you responded in your hundreds

As a local car business, we are always thinking about people's experiences of driving across the city - particularly to and from their workplaces - and wondering how they might be improved. As such, we launched the Big Bristol Commute, a survey which asked about your journeys: how far you travel, biggest annoyances and the ways in which you amuse yourself along the way. We received hundreds of responses, enabling us to form an interesting picture of the lengths you go to just to arrive at work on time.

Scroll down for infographic

How do you get to work?
"Car, but always open to a helicopter ride if one is available?"

We discovered that the average Bristol commuter drives to work alone in a black Ford, starting from an address in BS16 or BS3 and traveling to BS1. Their commute is fewer than ten miles in distance, but takes up to an hour - which they spend listening to Heart FM. Other road users are their biggest annoyance. In an ideal world, they would far rather walk, because they experience delays two or three times per week. When they reach work, they simply get on with it, because commuting is part of life. 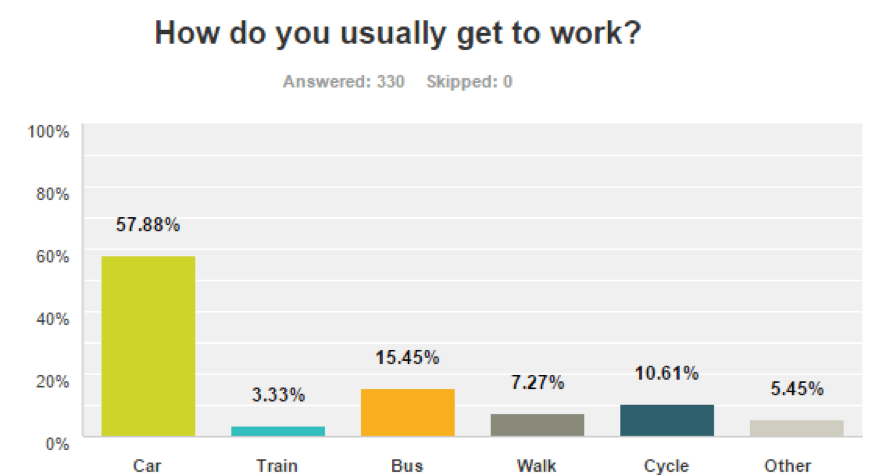 As mentioned above, most commutes end in BS1 (28 per cent of respondents head there). If this commute starts in BS16, then it measures about seven miles and takes around 20 minutes by car or 37 minutes via public transport, according to Google Maps. Starting from BS3, this 3.3 mile journey can take motorists and those on the bus around a quarter of an hour - without traffic, that is. 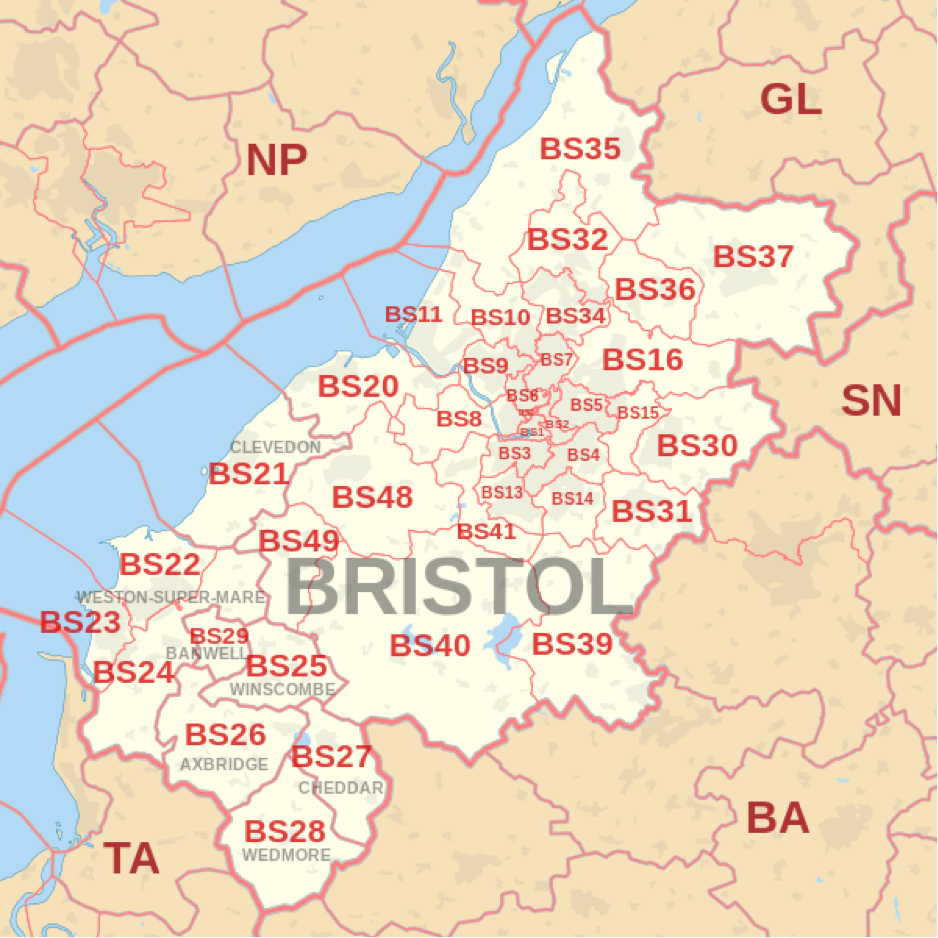 Digging a little deeper provides some more interesting insight into Bristolian commuters' habits - particularly when it comes to driving. The average car commute takes up to 30 minutes and is fewer than ten miles in distance (52 per cent). Only five per cent of respondents travel more than fifty miles, with the longest journey given as 117 miles from BS7 to London. The shortest commute noted is 2.7 miles from BS4 to BS3, plus two respondents who drive within the same postcode area. Meanwhile, sixty-nine per cent of drivers said they amuse themselves by listening to the radio - with Heart FM listed as their preferred station.

Of course we're going to have the odd moan about our journey to work; with such volumes of people travelling at the same time, it's never going to be plain sailing (unless , of course, you are sailing). No wonder one respondent's biggest annoyance was: "That it's totally unnecessary for everyone to commute at the same time when we have infrastructure to work from home" - a good point.

"It's tricky to use a laptop and drive at the same time.
Roll on self-driving cars :-)"

The biggest gripe, cited by nearly a quarter of those polled, was other road users. Twenty-one per cent said their biggest annoyance was delays - which occur up to three times a week for most commuters. Feel sorry for those on the trains, 36 per cent of whom experience delays every single day. Unsurprisingly, the biggest complaints of those travelling by public transport are ticket prices and service unreliability.

Motorists additionally listed the volume of traffic lights, speed restrictions and - sorry - cyclists among their frustrations. When asked to list any traffic black spots, the most common answers supplied were:

Just 11 per cent of commuters said they didn't travel through any particularly nasty black spots.

"The biggest proportion of happy commuters drive to work"

However, it's not all bad news. A modest but not insignificant nine per cent of respondents said that nothing irritates them and that they love their commutes. These people mostly travelled up to ten miles and two-thirds never experience any delays.

It's probably no surprise to learn that many of these respondents walk (23 per cent) or cycle (33 per cent) to work - however, the biggest proportion of happy commuters drive. Thirty-seven per cent take to the wheel and enjoy themselves.

Having doubled its numbers of cyclists and sharing 'impressive plans for transport and energy', Bristol was named European Green Capital 2015, so it's interesting to find out whether this attitude extends to commuting.

The survey shows that many of the commuters would love to travel in ways that are more environmentally-friendly. Almost 27 per cent of drivers said that they car share regularly or on occasion and a further 35 per cent said they'd happily do so if a colleague lived close by.

There are several car pool schemes in operation in Bristol, so there's a potential opportunity to recruit a few more members? Almost half said that they would consider changing their car for an eco-friendly alternative and 17 per cent already own one.

Didn't get a chance to have your say? Get in contact via Facebook or Twitter and let us know what you think about your commute, and whether you have any handy tips for your fellow Bristolians.