And so the curtain is drawn on another fantastic Motoring Photographer of the Year competition. This year has been the best yet and the bar has been raised once again. A massive thank you should go to our sponsors, the RAC, and to all our entrants. It has been the toughest year to judge yet and that is reflected in the quality of the winners. And without further ado, here they are! 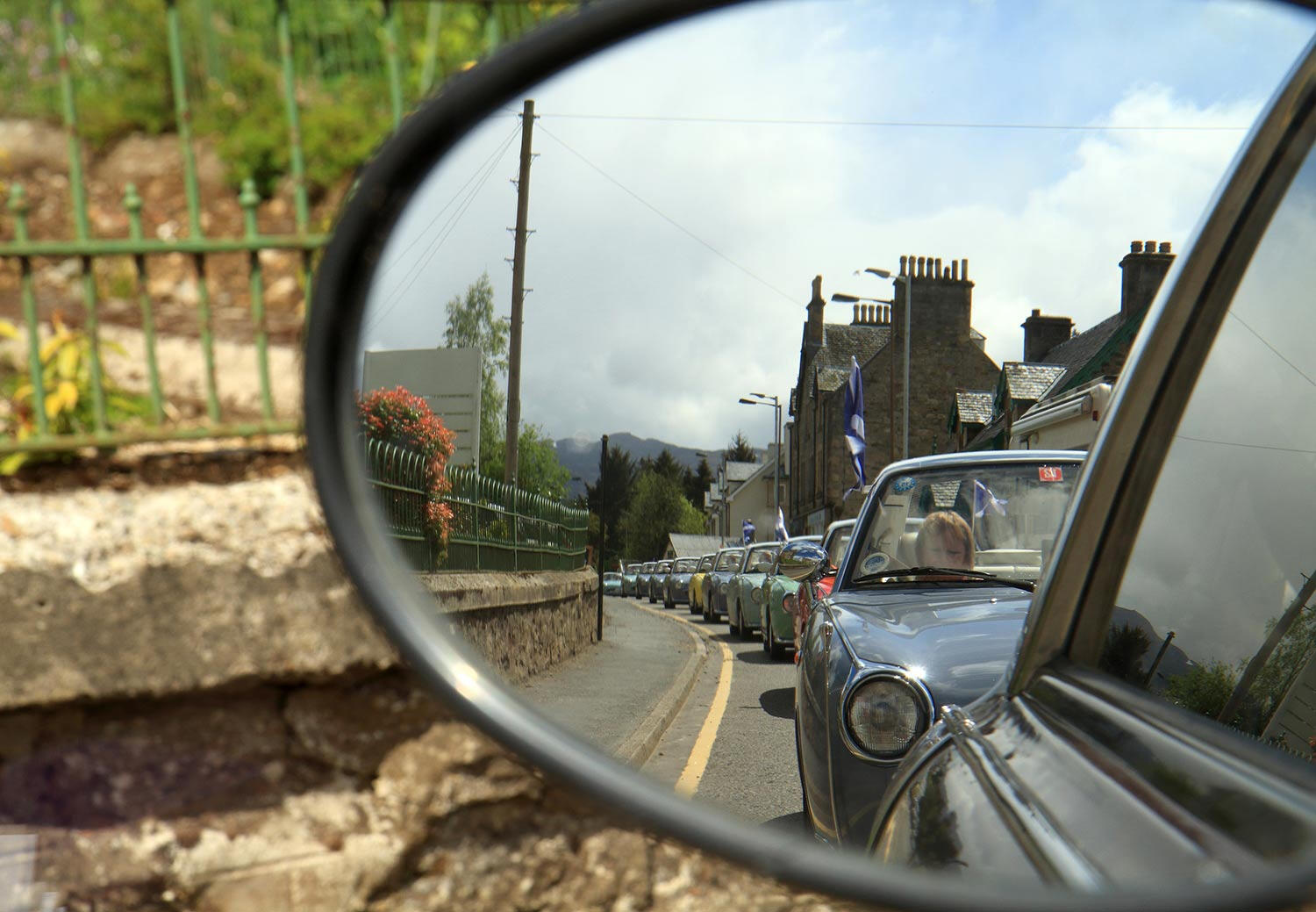 Stephen is a member of the Nissan Figaro Owners Club and took this picture when he and 30 other Figaro owners went on a trip to Scotland. With the Nissan Figaro currently in it's 25th year this is a fitting way to celebrate such a birthday. We and our judges love it! A worthy winner! 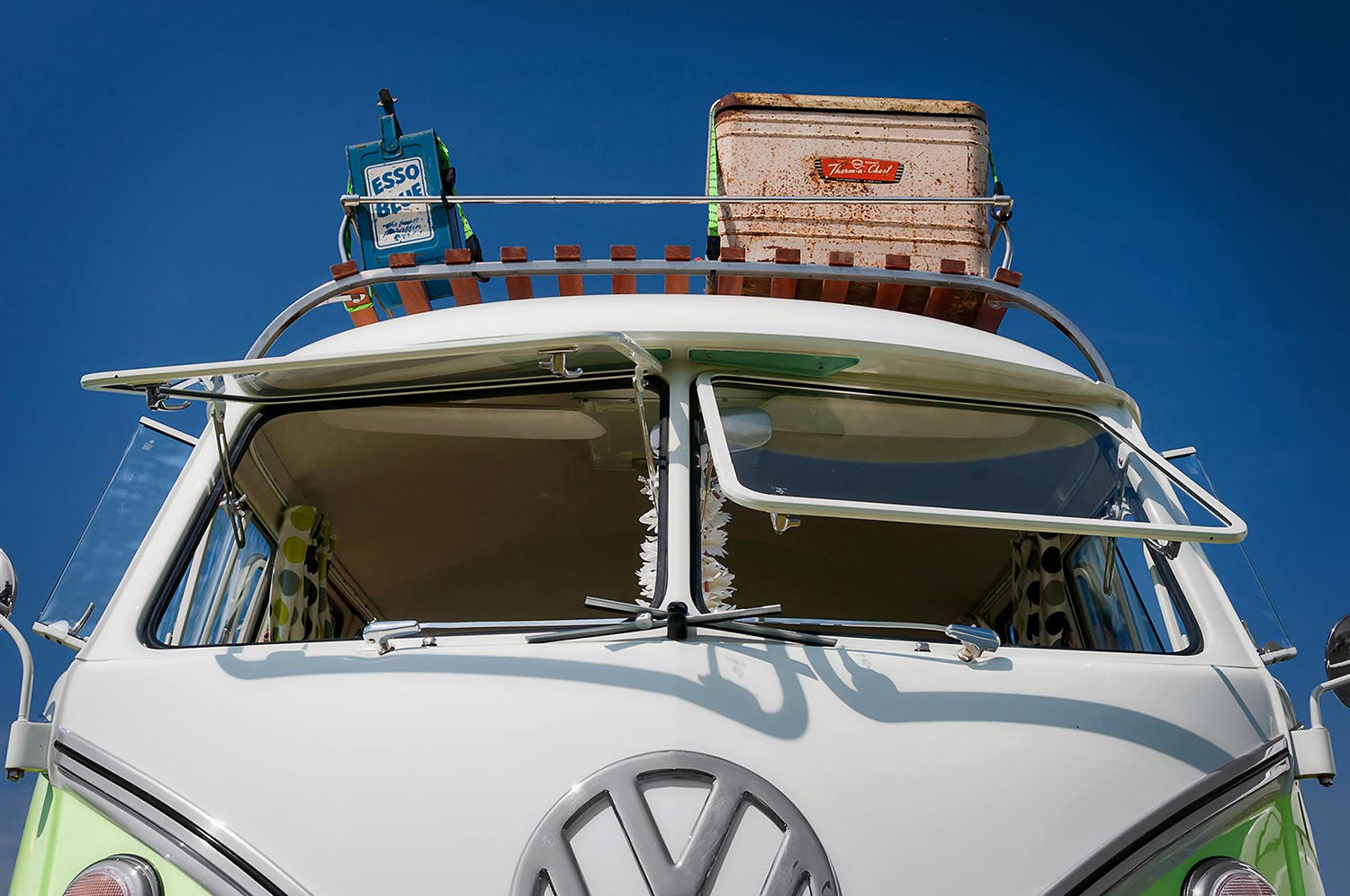 This photo of the iconic Volkswagen Campervan was taken just down the road on the beach lawns at Weston-super-Mare and captures the very essence of the classic vehicle. 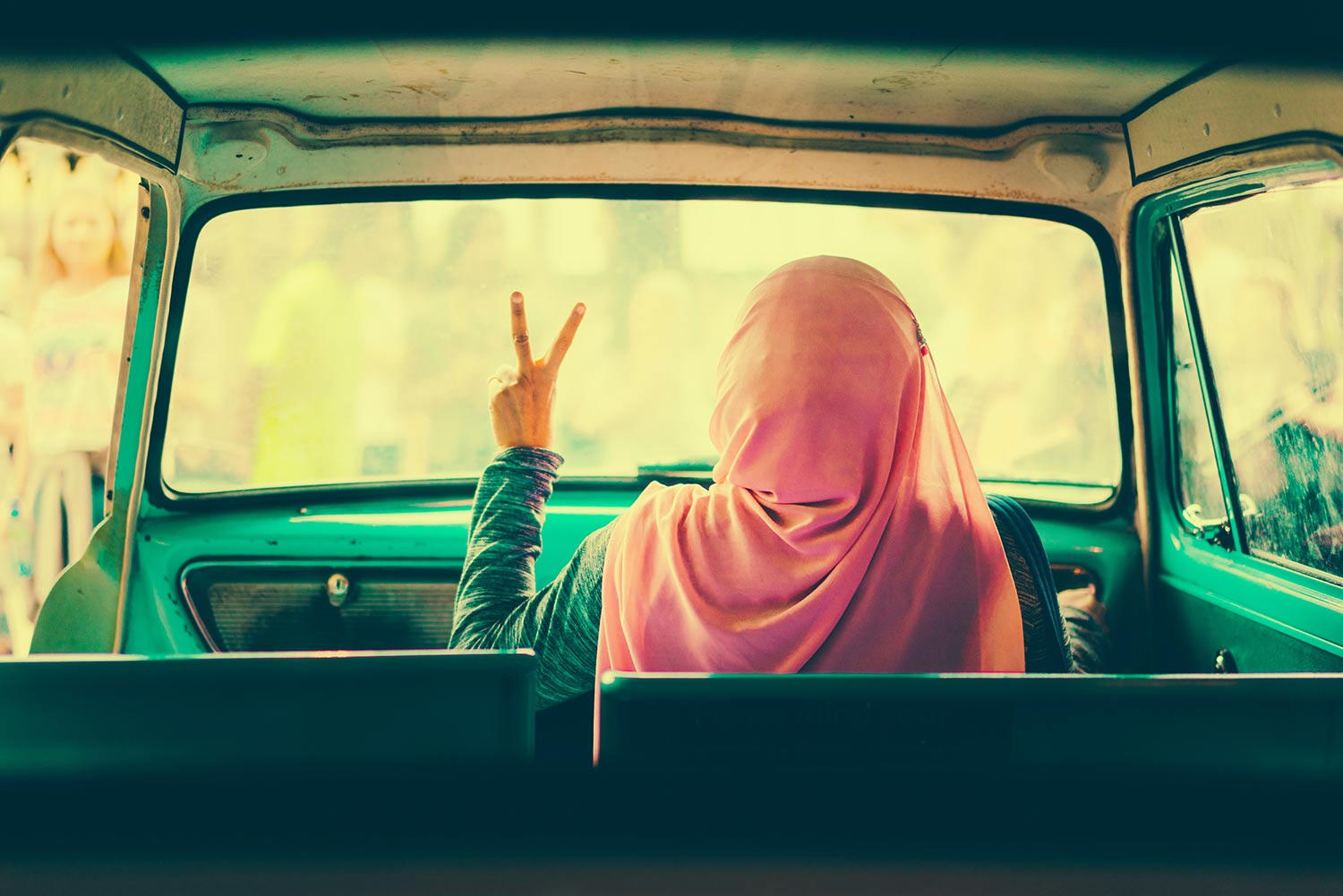 Taken at none other than the Warner Bros. Studios - The Making of Harry Potter, this photo of the Weasley family's Ford Anglia certainly cast a spell on our judges! (Whether the car is flying or not is sadly unknown!) 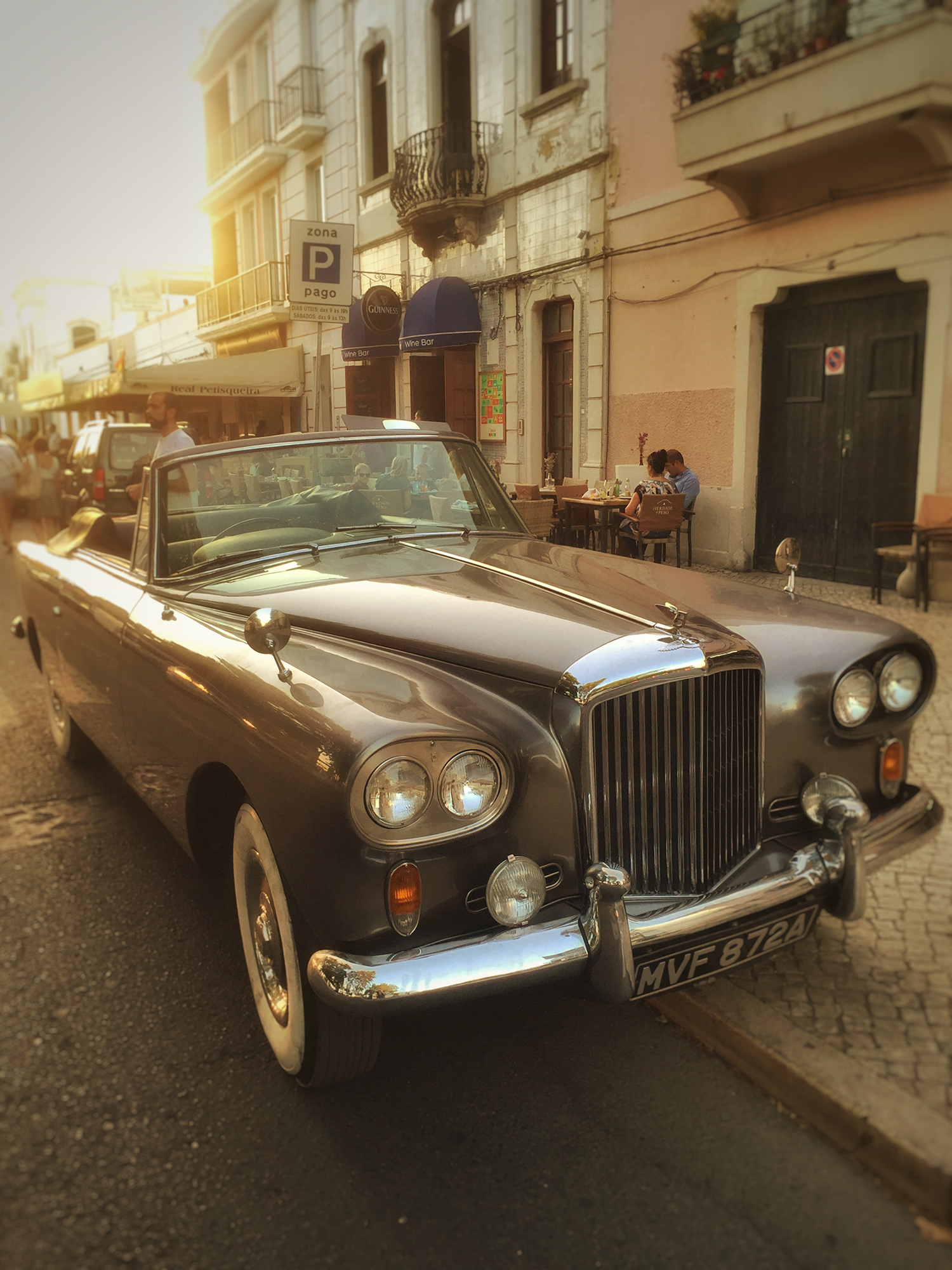 Ian took this picture of a Bentley while on holiday in Olhao, Portugal using his iPhone. It just goes to show you don't need a fancy camera to take an excellent shot! 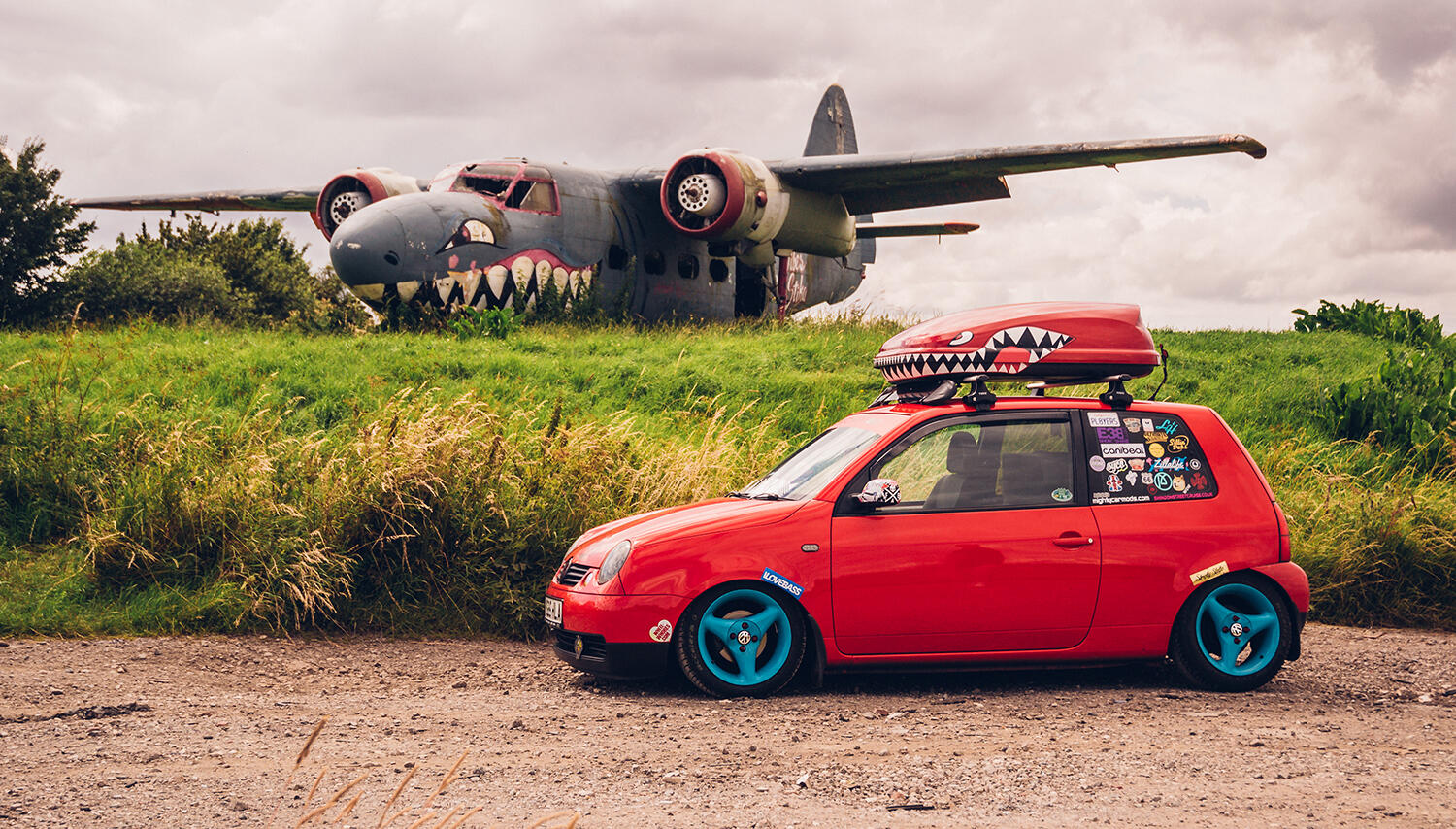 This image combines dual shark imagery from both a disused airplane at Shakespeare Raceway and the roof box of Jordan's Volkswagen Lupo. The image combines two of the entrants biggest passions in life: Motoring and Photography! The perfect combination if you ask us! 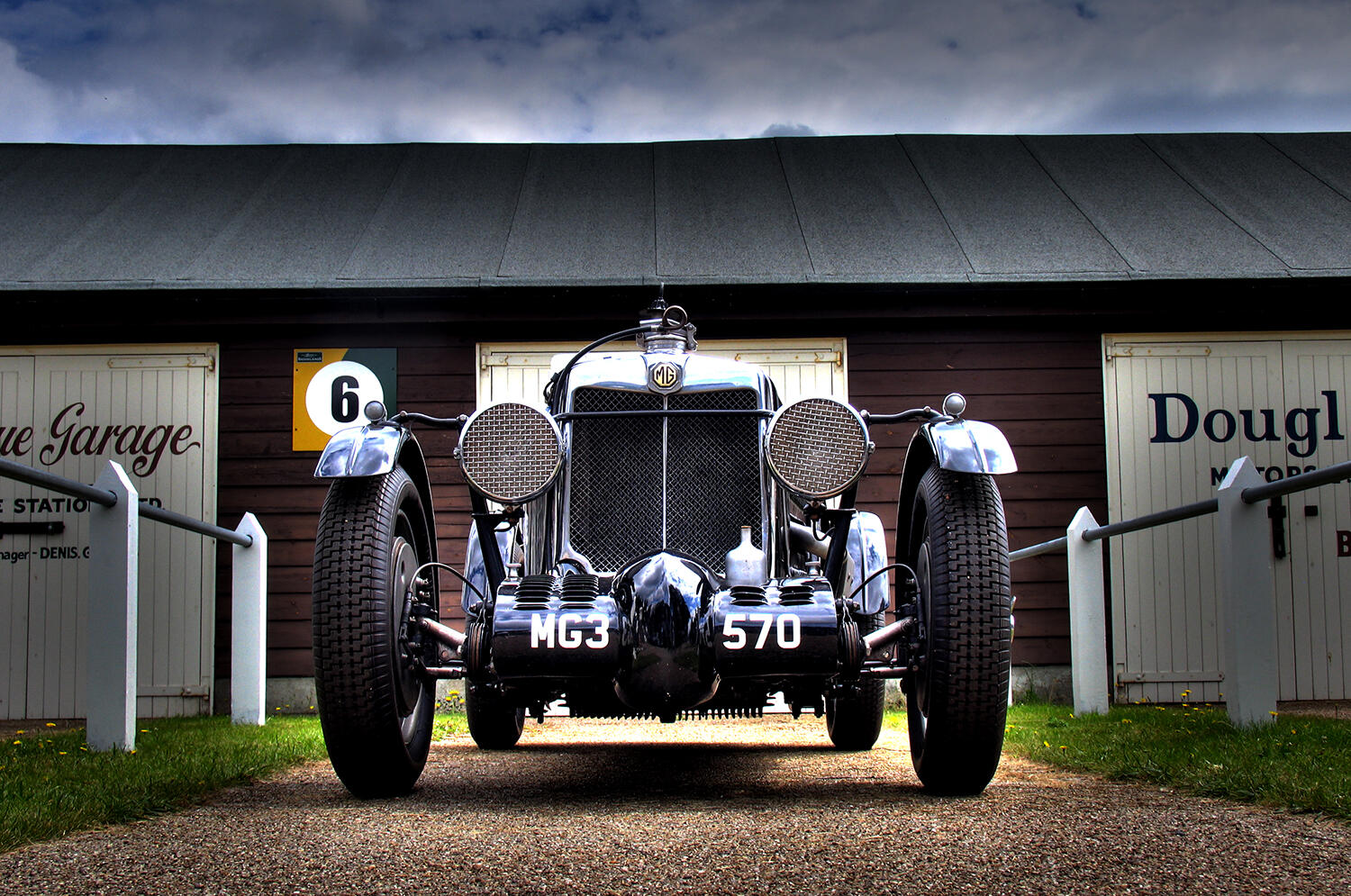 MGs have proven a popular subject this year and Nick Board bucked the trend with his vintage image, taken at Brooklands on his Canon Powershot Pro. 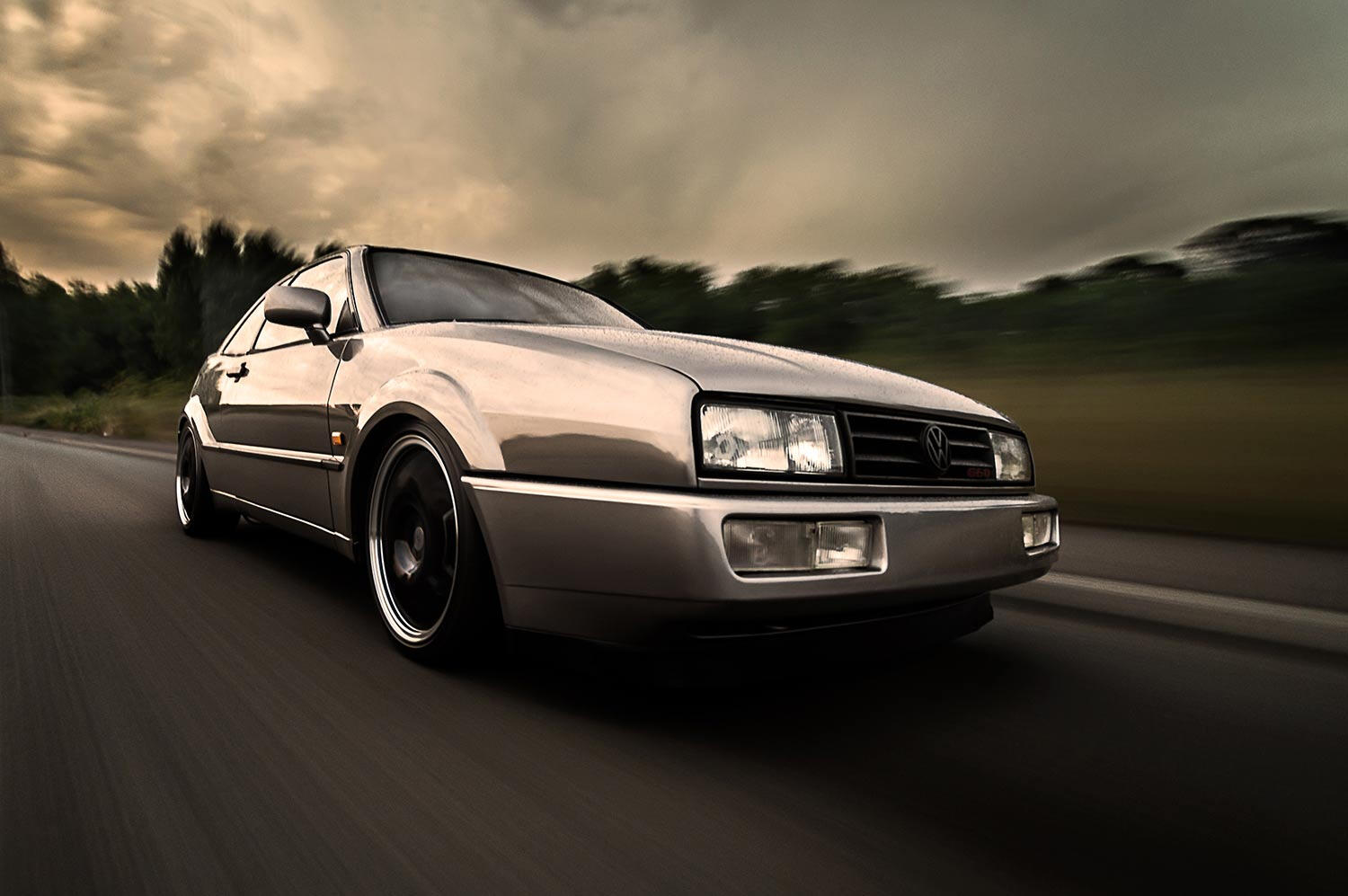 This picture of a Volkswagen Corrado G60 was taken using a car rig while the car was in motion so the effect you see on the picture is real! Worthy of £500 in our judges eyes! Well done! 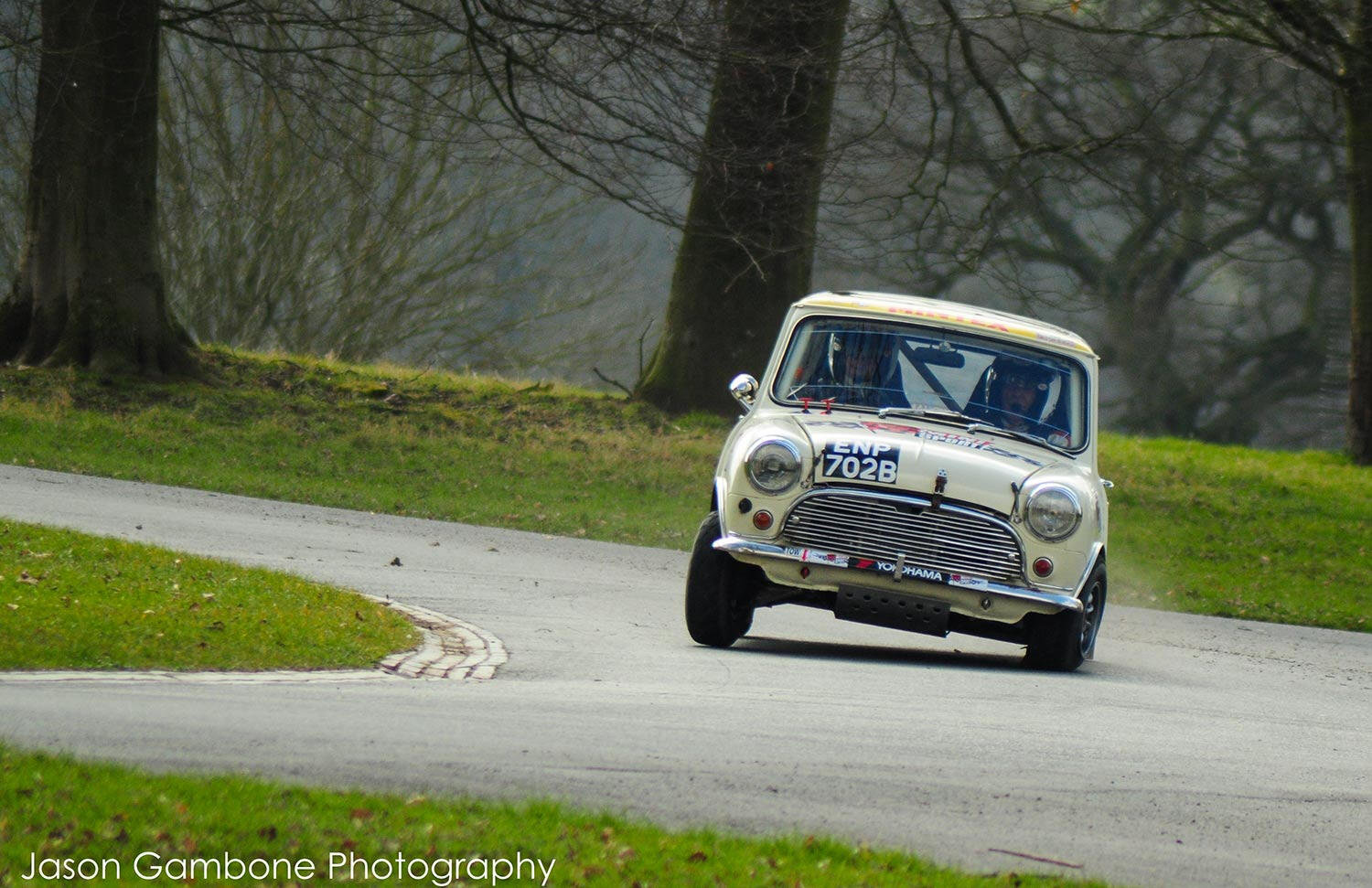 This picture of a classic Mini at full tilt was taken at a rally event at Weston Park. You can really feel the G force in this picture!

Louise recently got back into photography and she clearly has a knack for it! This picture of a Volkswagen Lupo GTi was taken on the way home from popular car show, Dubs At The Park! 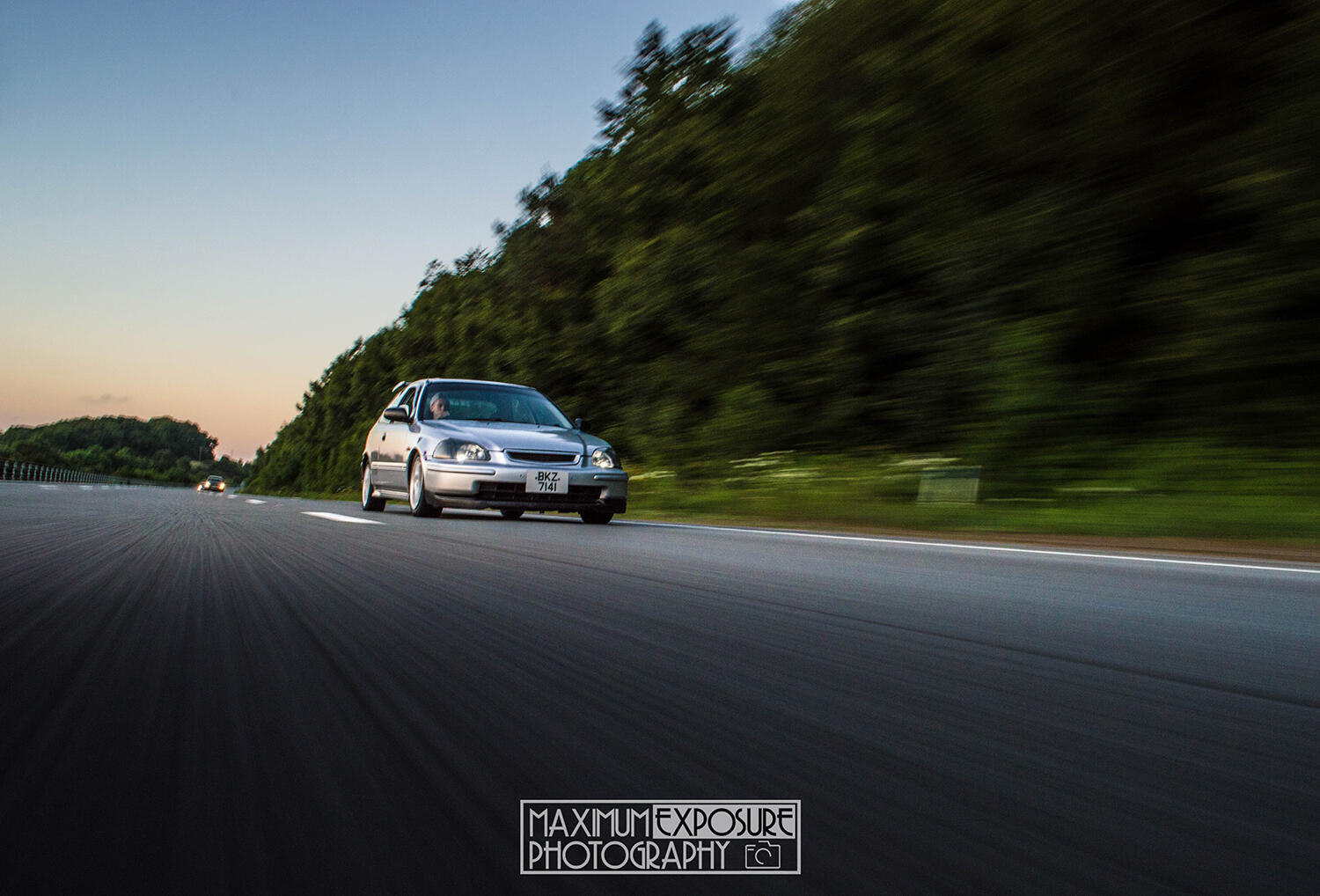 Would you believe it, this picture was taken mere centimetres above the ground! The angle really gives it a sense of speed!

Lee was proud to capture the spirit of James Bond with this slick picture taken at a Santa Pod race day! This image is neither shaken or stirred! 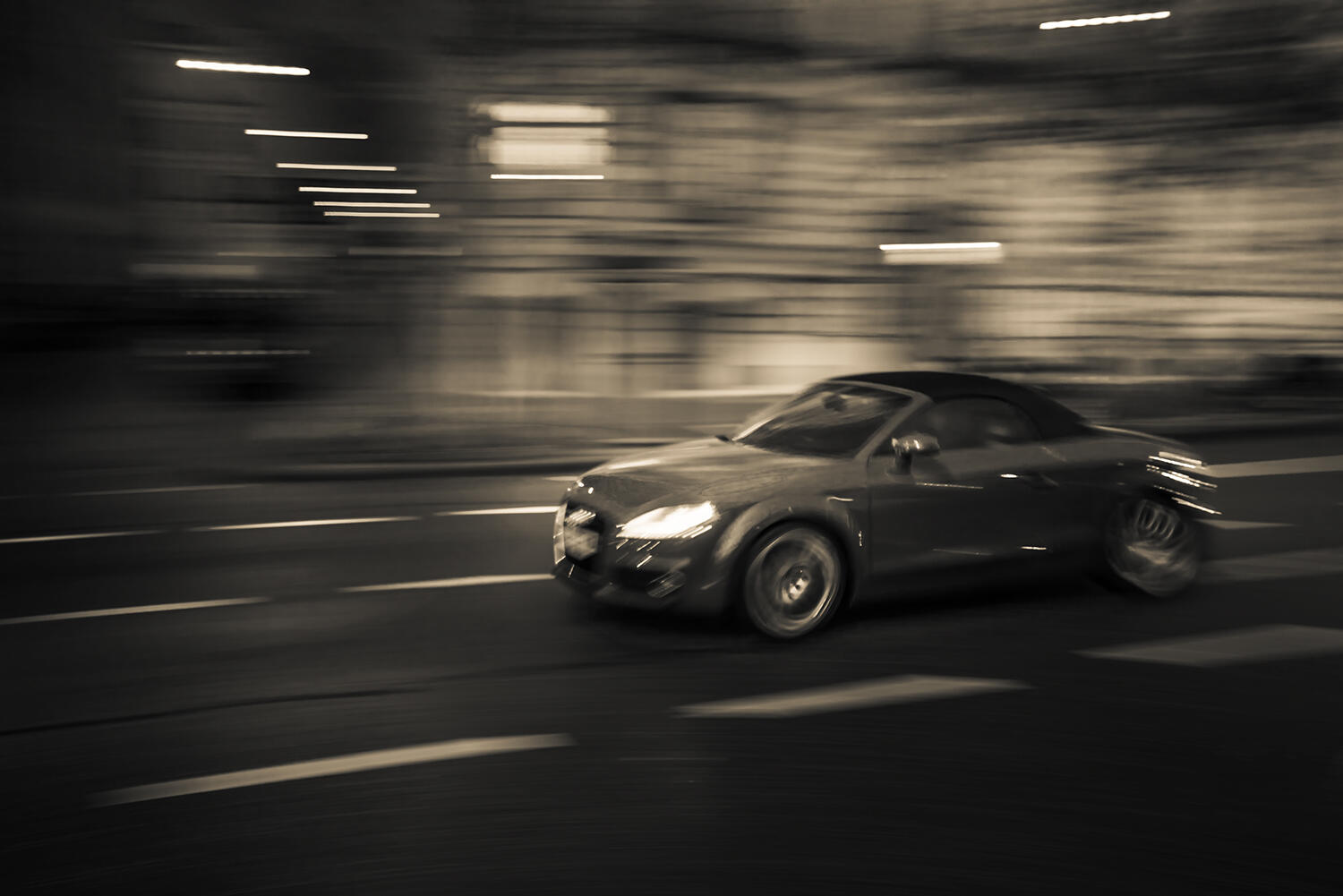 Taken in the streets of Grenoble, France late at night, Marko captures the essence of speed in this image. 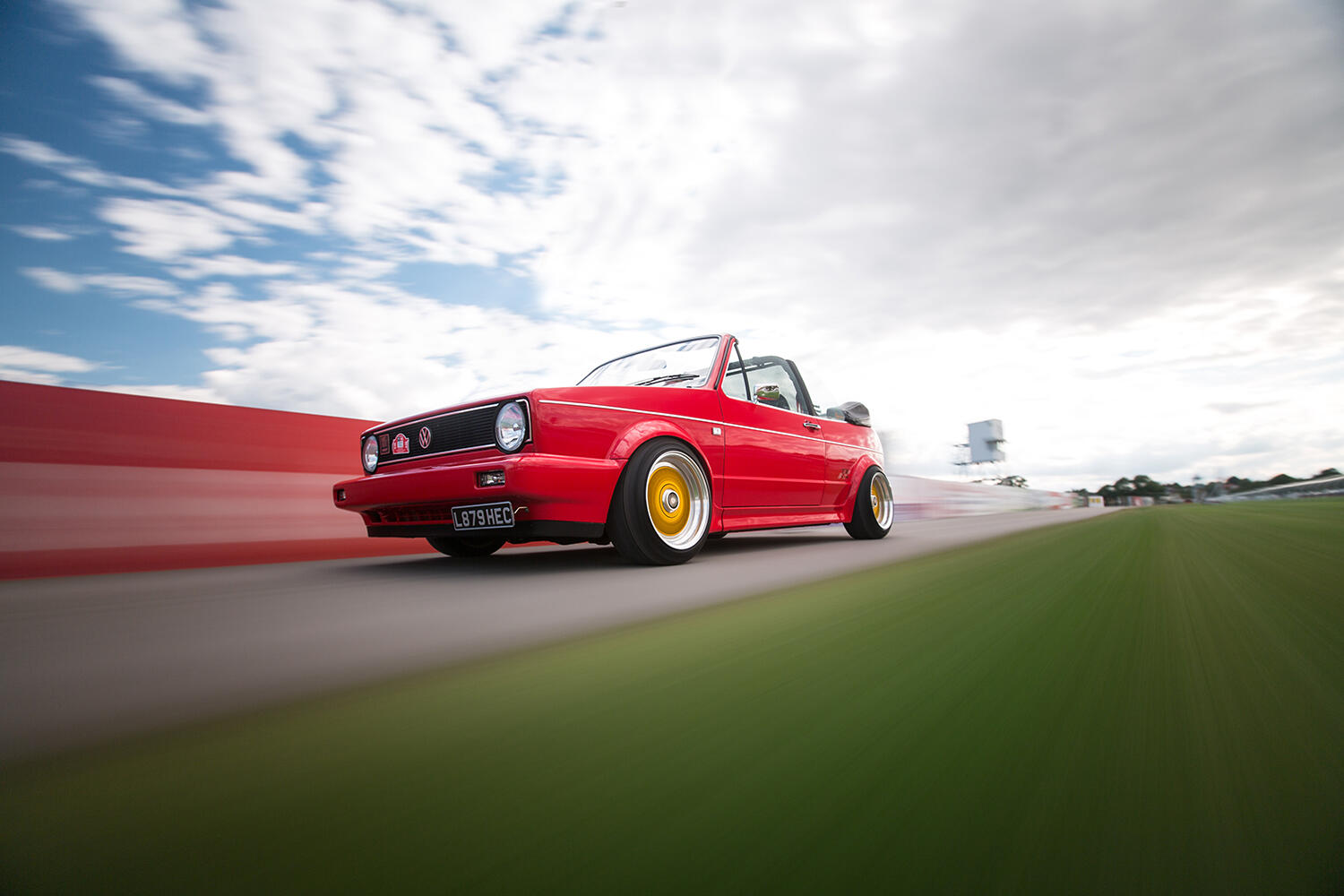 Sharing similarities to our Motion winner, this picture was also photographed using a rig. Taken at a Volkswagen Mk 1 Golf gathering at Stratford-upon-Avon Racecourse, we wouldn't want to guess how fast he was going! 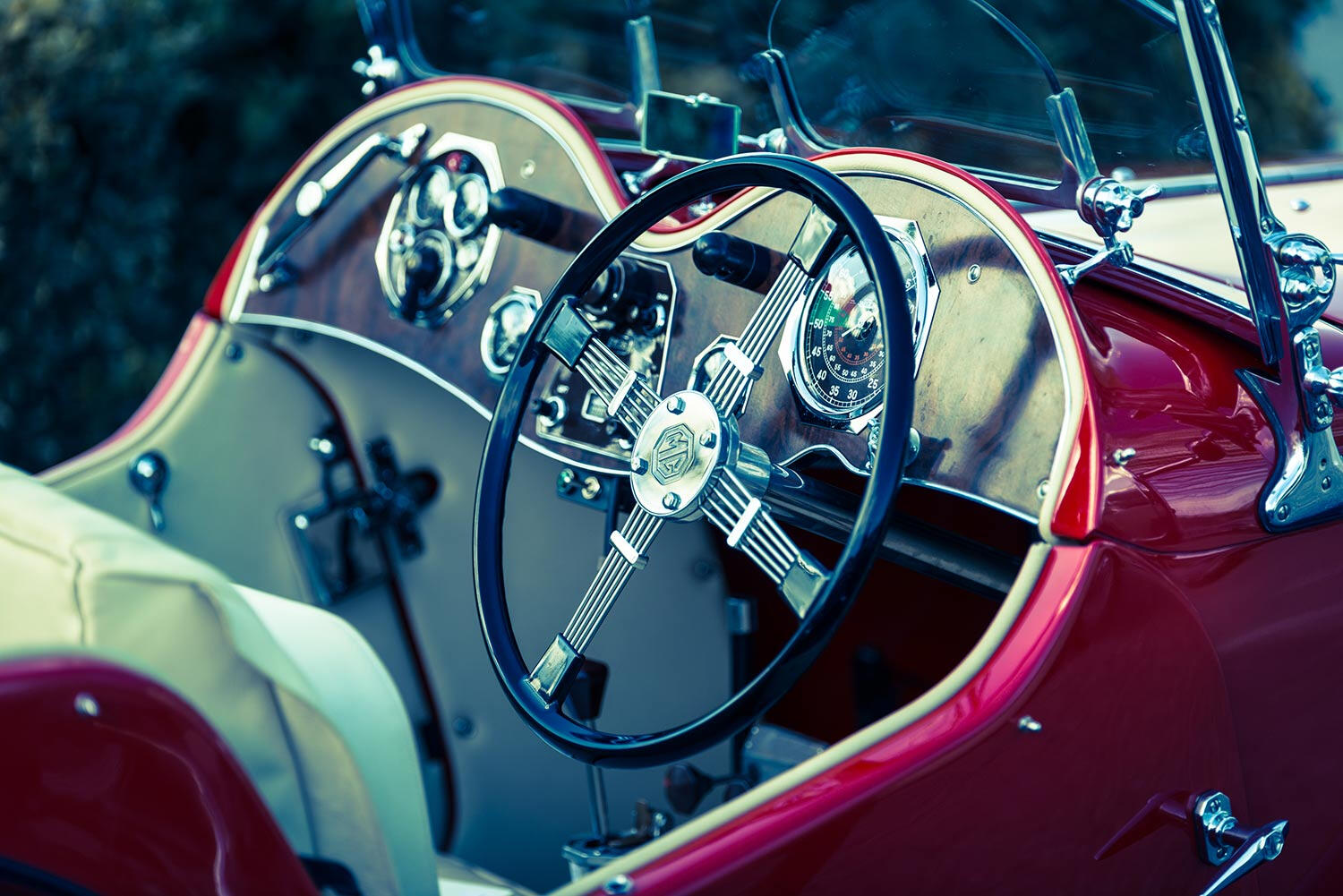 Gary's picture of a classic MG from the Lions Briar Classic Vehicle Event really caught the judges eyes and won him £500! The editing on this image is spectacular and the intricate yet simple subject combined to make the perfect close-up shot. 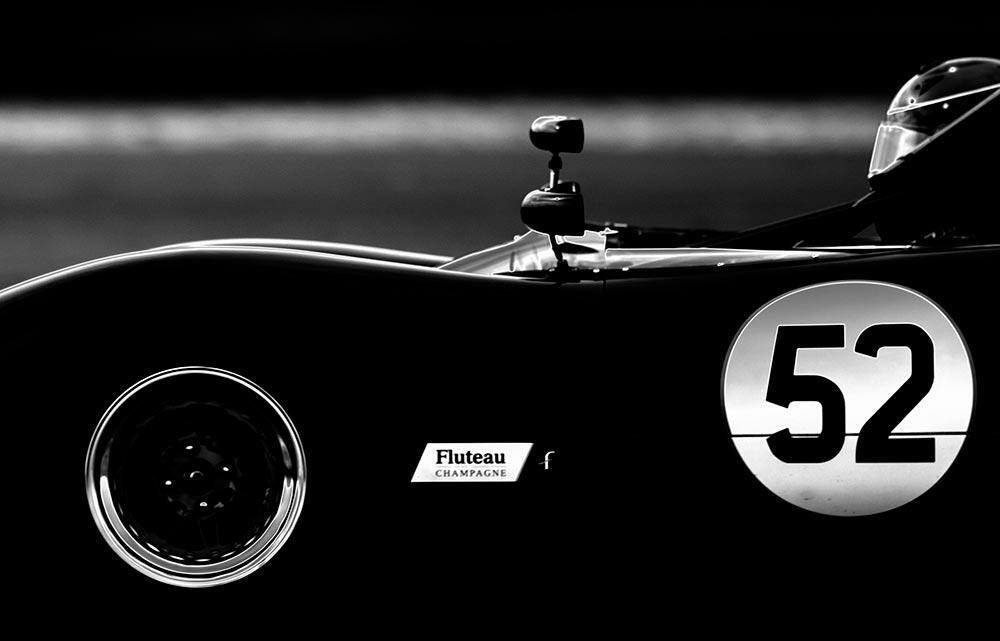 Jayne took this photo at a 750 Motor Club meeting at Silverstone! She wanted to focus on the elements of racing and she certainly achieved that! 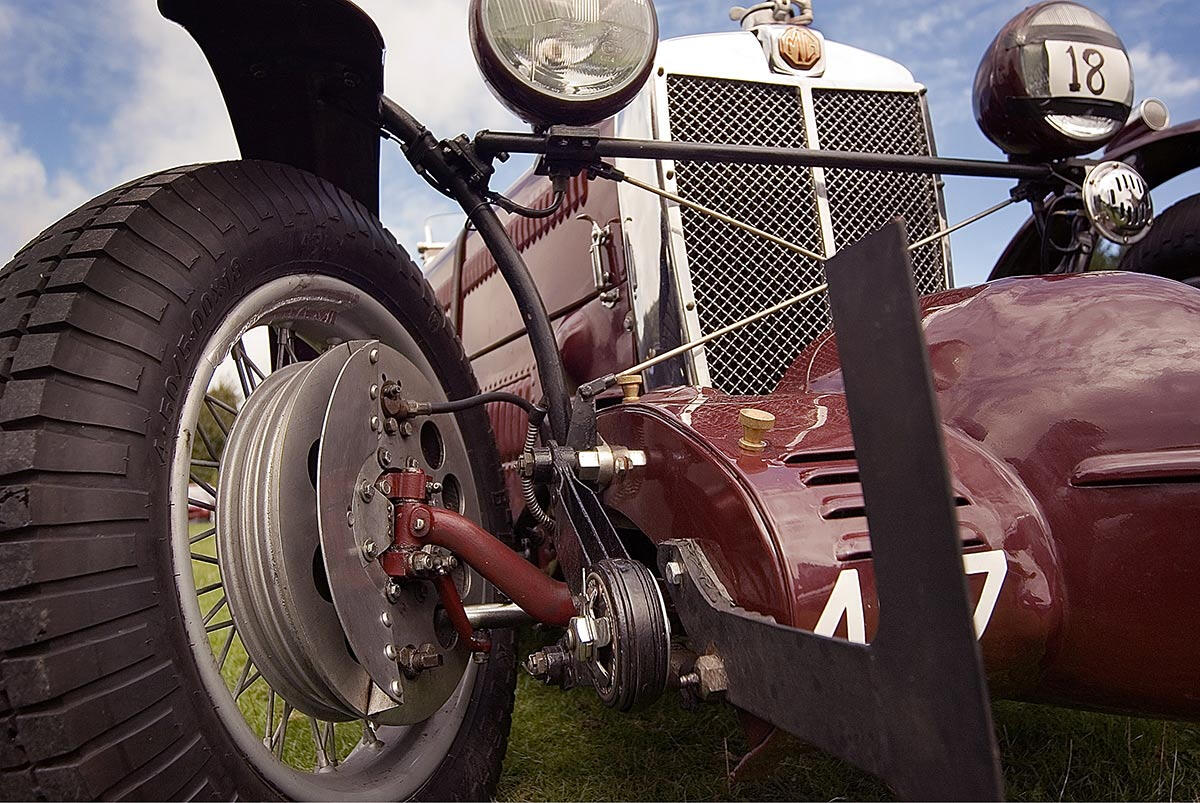 For his photo of a vintage MG at the Wiscombe Hill Climb, Tim chose to focus on the impressive and intricate suspension. A fascinating subject that the judges loved! 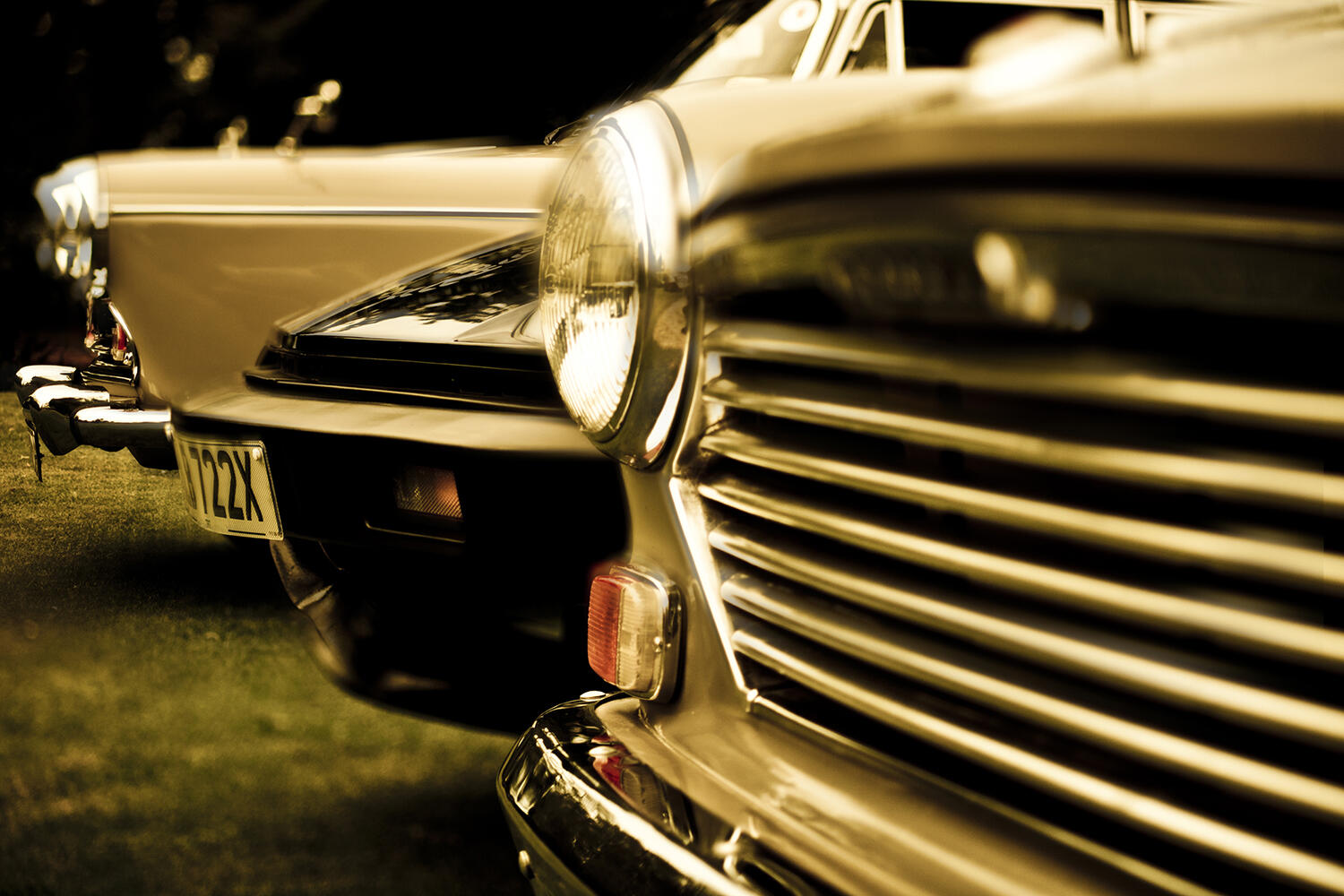 Taken at the Traditional Car Club of Doncaster's annual car club picnic, Davey got inspired by his fellow members vehicles to take this cracking shot, combining 3 pictures taken consecutively and merging them into one brilliant image! Very impressive. 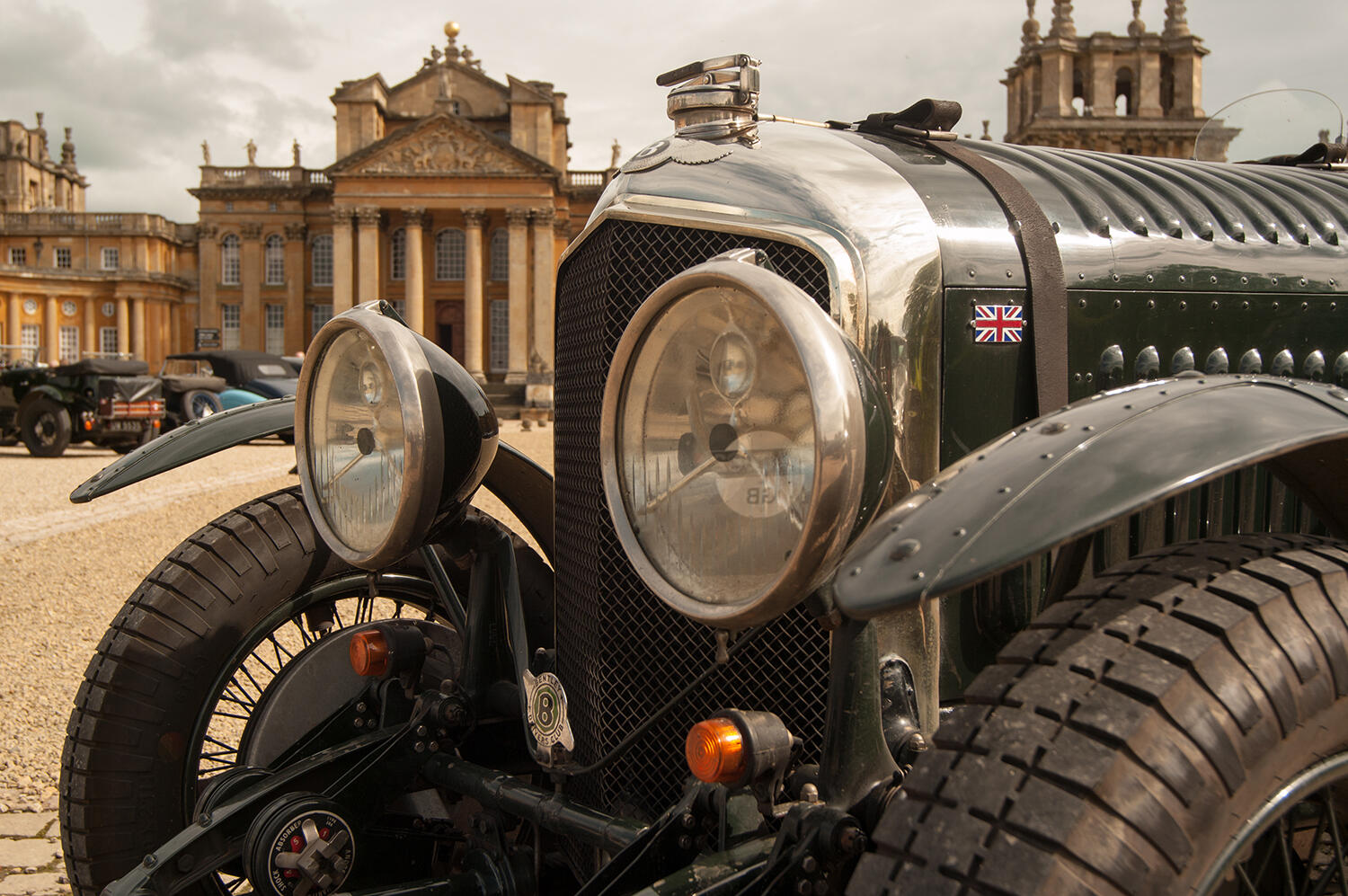 David went to a celebration of 80 years of the Bentley Drivers Club at Blenheim Palace, Oxfordshire to take this exquisite picture of a 1929 Bentley 4.5 litre. A fitting tribute. 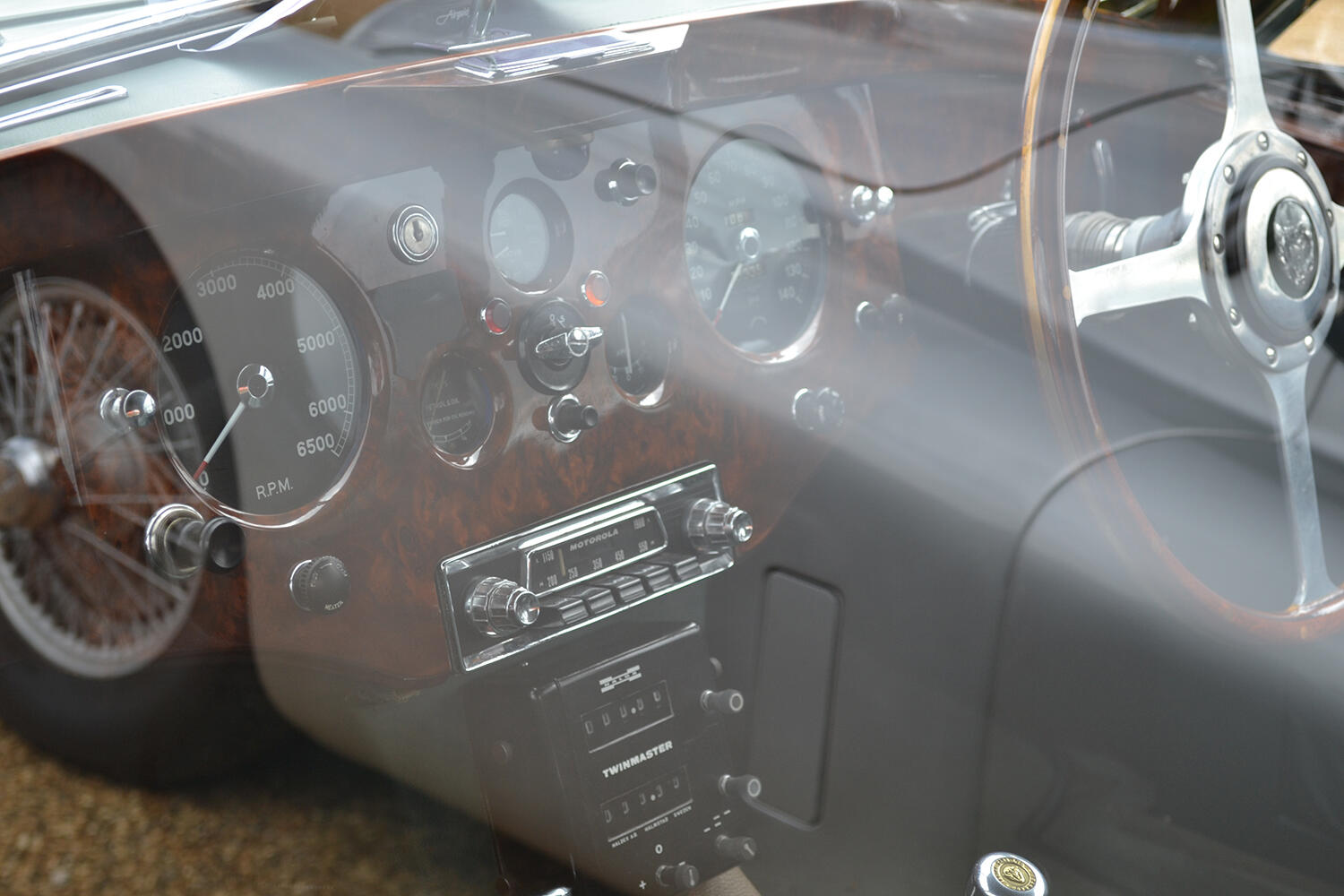 This picture was a happy accident. Taken at the Silverstone Classic, James was just trying to take a picture of the interior of an XK120 FHC but then realised that the C-Type near it was appearing in the reflection. James says that this captures the essence of that era of Jaguar in one picture! 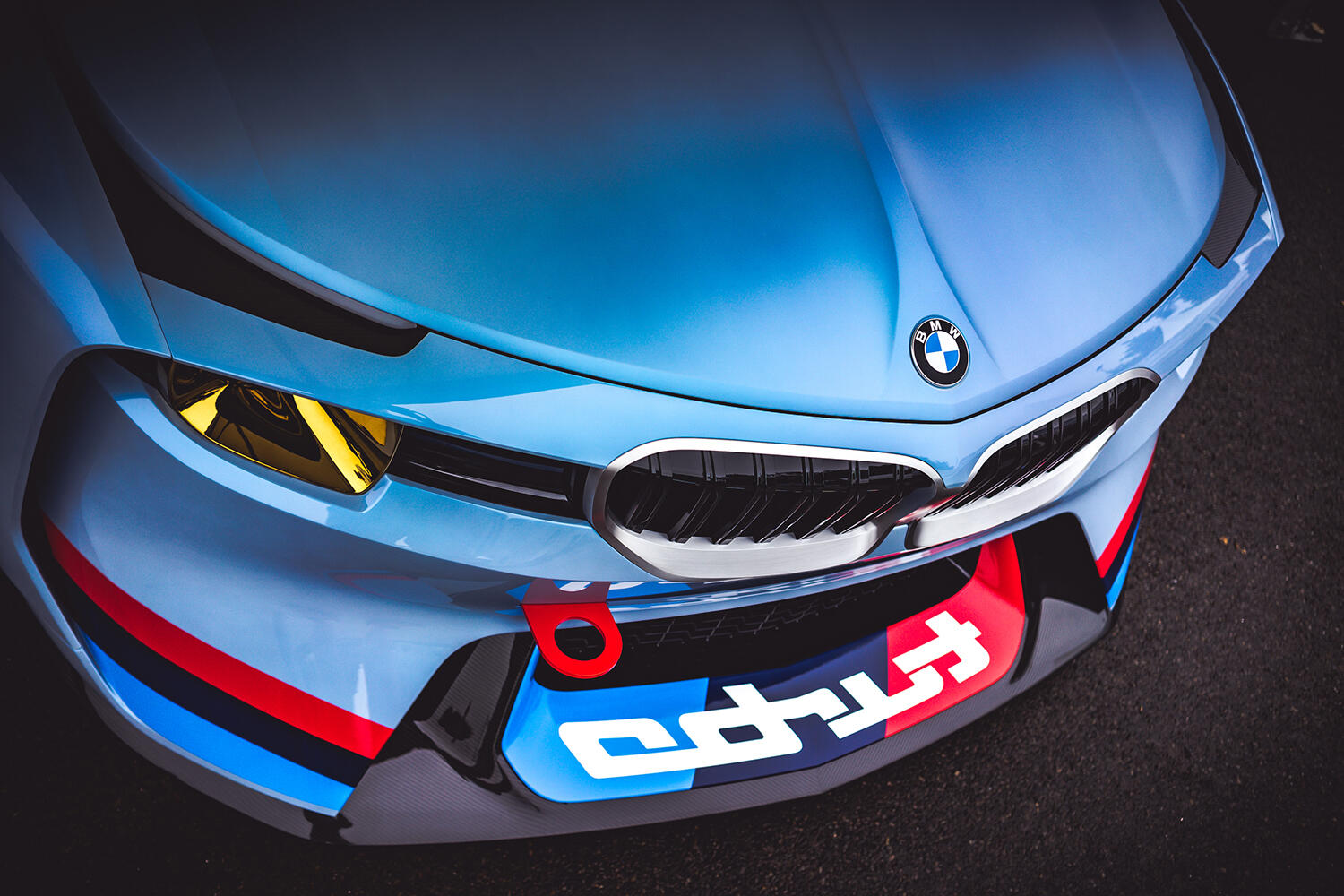 Goodwood Festival Speed is a great place to picture some amazing cars! So that's exactly what Thomas did! He chose this BMW concept car as his subject and what a fine choice it was!

We wish we could share all the entries with you but we received so many! Each and every one as brilliant in it's own way and we thank you for all of them!

"We have been overwhelmed by the quantity and quality of entries this year and we have been faced with some tough decisions thanks to some outstanding photographs. So many entries are worthy of high praise and each and every entrant should be very proud of the images they have sent in. The bar has been raised once again!

For myself, the winner demonstrated not only the ability to craft a fantastic picture, but also a love of the car as the subject and I think all my fellow judges felt the same way.

Thank you to the RAC for their backing and to all who entered and for sharing your passion with us. Roll on Motoring Photographer of the Year 2017!"