Home < Blog < Car News < 8 Of The Most Hair Raising Drives

8 of the most hair raising drives

8 of the most hair raising drives

As it's fright month and Halloween is creeping up, let's go through some quick tips to help you get through a horror film:

1. Always lock the doors and keep your eyes open so you know what's around you.
2. Remember that it's going to end at some point.
3. Be prepared.

Those exact same tips should also be applied by anyone brave (or silly) enough to tackle any of these terrifying and dangerous drives! 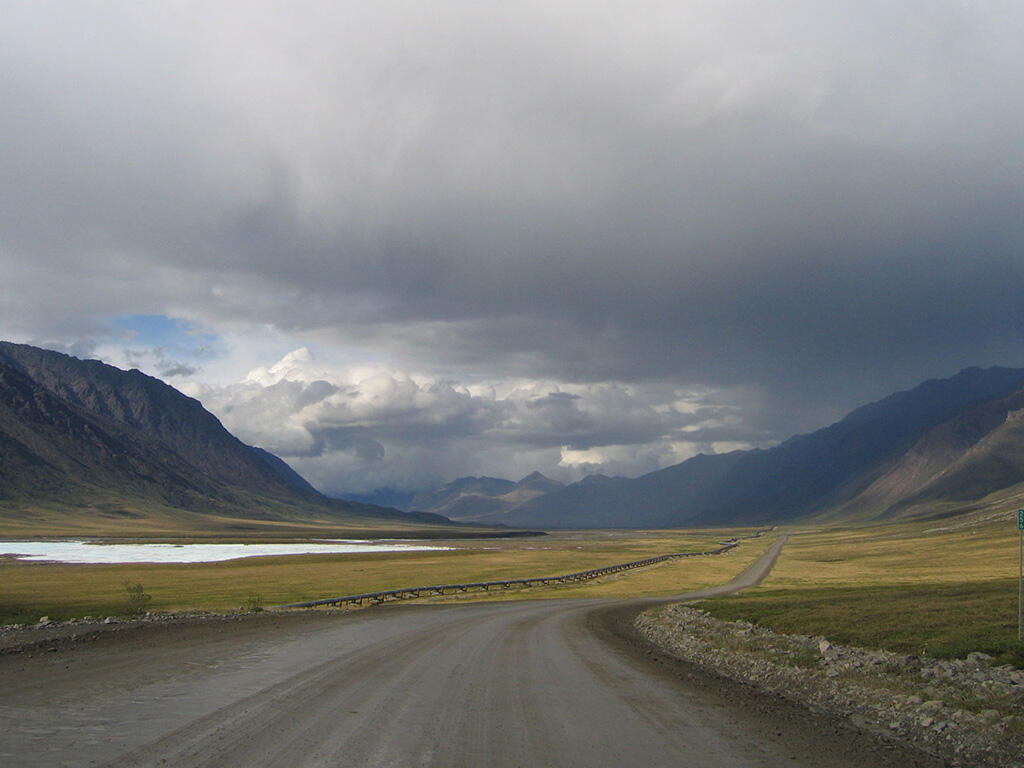 Also known as Alaska Route 11, the 414-mile James Dalton Highways stretches between the city of Fairbanks right up to near the Arctic Ocean. The road is nothing if not desolate, with just three towns along the entire stretch named Coldfoot (at mile 175), Wiseman (at mile 188) and Deadhorse (at mile 414), respectively.

Those planning to drive it had best come prepared, as you'll be passing through one of, if not the most isolated road in the entire continent. You'll need survival gear and a modified truck for sure. There are plenty of steep grades, tricky terrains and even avalanche warnings saying 'DO NOT STOP' to always keep you on the edge of your seat. 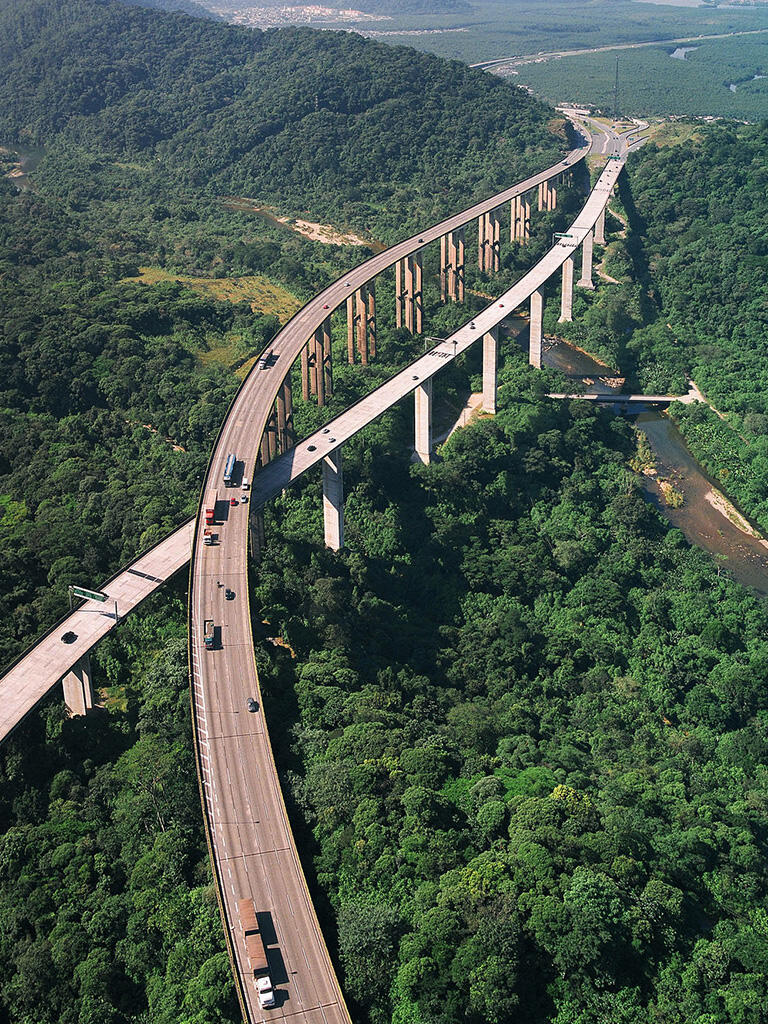 Although not dangerous in the same extreme, thrill-seeking ways as other roads on this list, the BR-116 - a main highway in Brazil - can be equally terrifying. Locals nicknamed it "Rodovia da Morte" (Highway of death) due to the vast amount of accidents which take place on the 2,725 mile road every year.

It's not just the poor maintenance and unstable weather conditions that make BR-116 so scary; drunk drivers are common here, and there's always the threat of gangs and thieves. 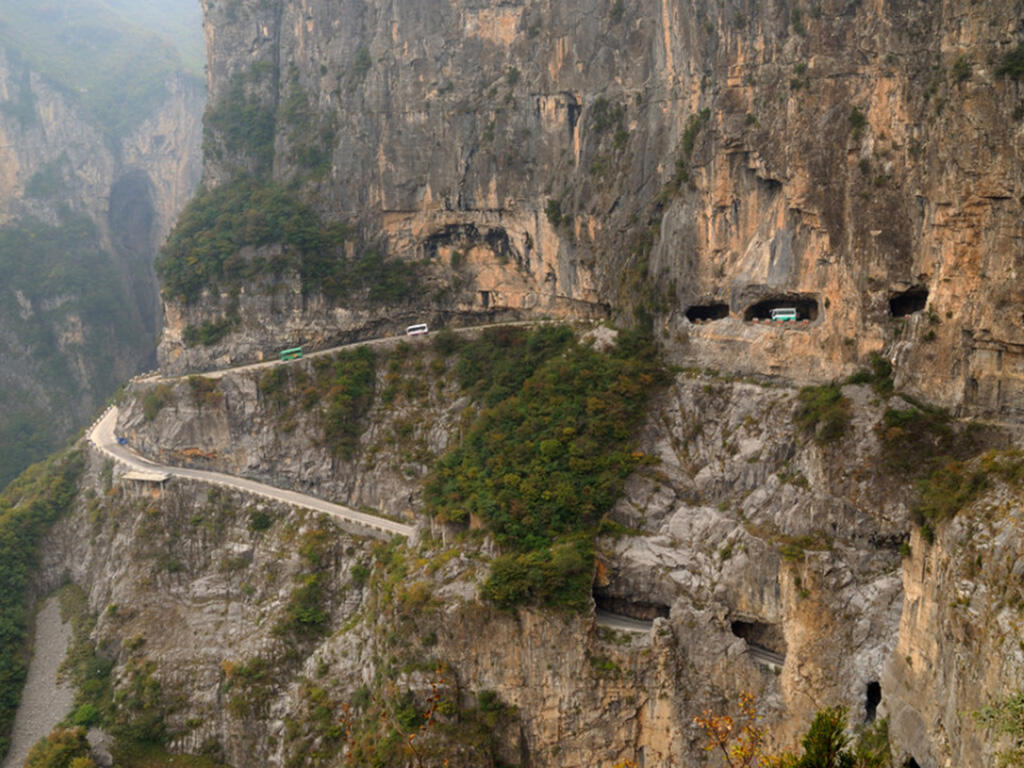 High in the Taihang Mountains is the precarious Guoliang Tunnel, the nickname of which when translated is 'the road that does not tolerate any mistakes'. Driving through it is like a rollercoaster ride; the tunnel has sharp twists and dips; some stretches are in near-darkness; some parts wow passengers with gorgeous long-distance views; some glimpses through the windows in the rock can surprise and scare in equal measures.

It's not as difficult to handle as other roads on the list, and not as dangerous either; most accidents are caused by the driver's negligence. So if you think you'd like to drive through a high mountain, then strap in, keep your eyes on the road and enjoy the ride. 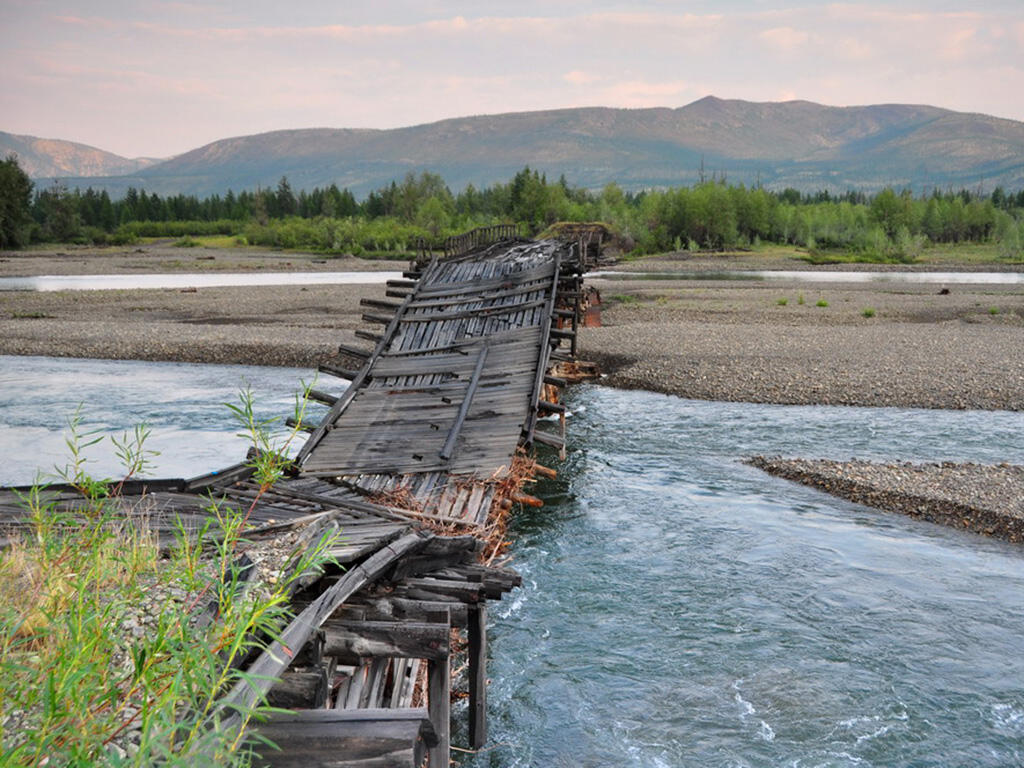 This 2,025 kilometre highway - also known as the 'Road of Bones' due to the remains of hundreds of thousands of Stalin's political prisoners who died during its construction laying beneath it - exists in one the most extreme landscapes on earth. The weather can be -60°C; bears have been known to attack stranded drivers; there's nothing but heavy snow, ice and reduced visibility in the winter (which is ten months long) and sludgy mud in the short summer.

It is, however, the only route on ground to Yakutsk City. If you must go there, though, we recommend boat or plane. 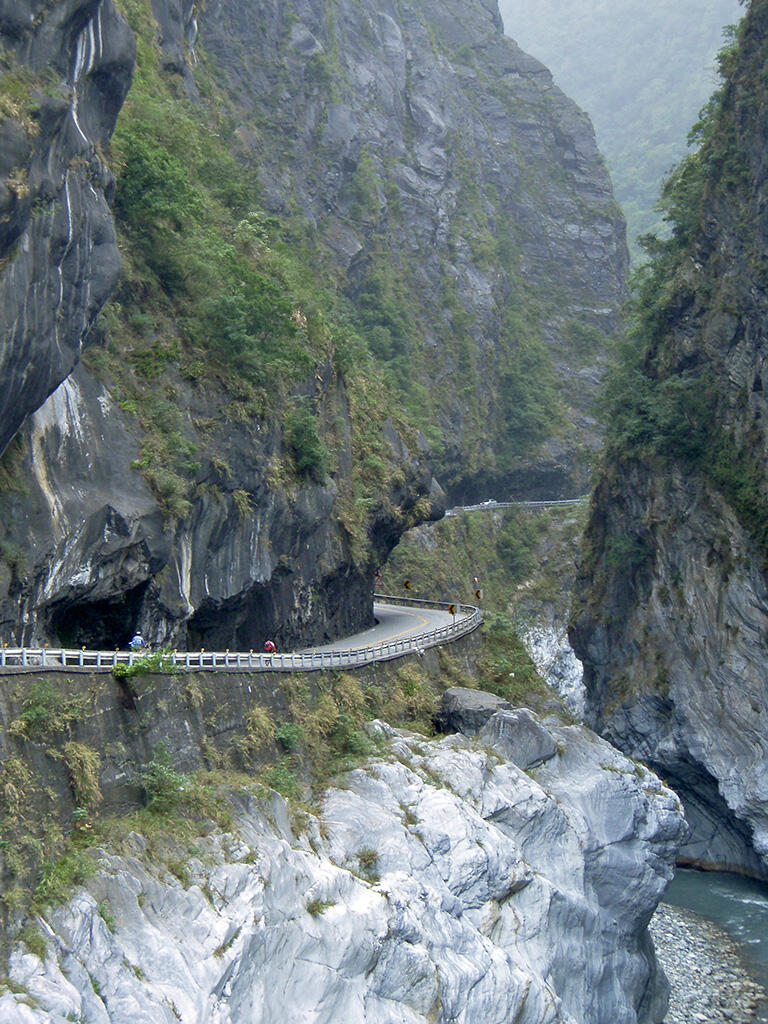 A quick Google of this road will explain why the stretches around the Taroko Gorge in Taiwan are on our list. It's also proof that, like freshly-made stuffed-crust pizza or a dark, rich chocolate cake, sometimes the more beautiful a thing is, the unhealthier it is, too.

The Central Cross-Island Highway really is a sight to behold; snaking through the mountains (and we do mean through them) and the Taroko national park, the scenery is absolutely stunning. Sadly, though, the road's conditions are not. Many sections become impassable due to extreme weather in the country, which also makes navigating the narrow and sharp bends extremely difficult. 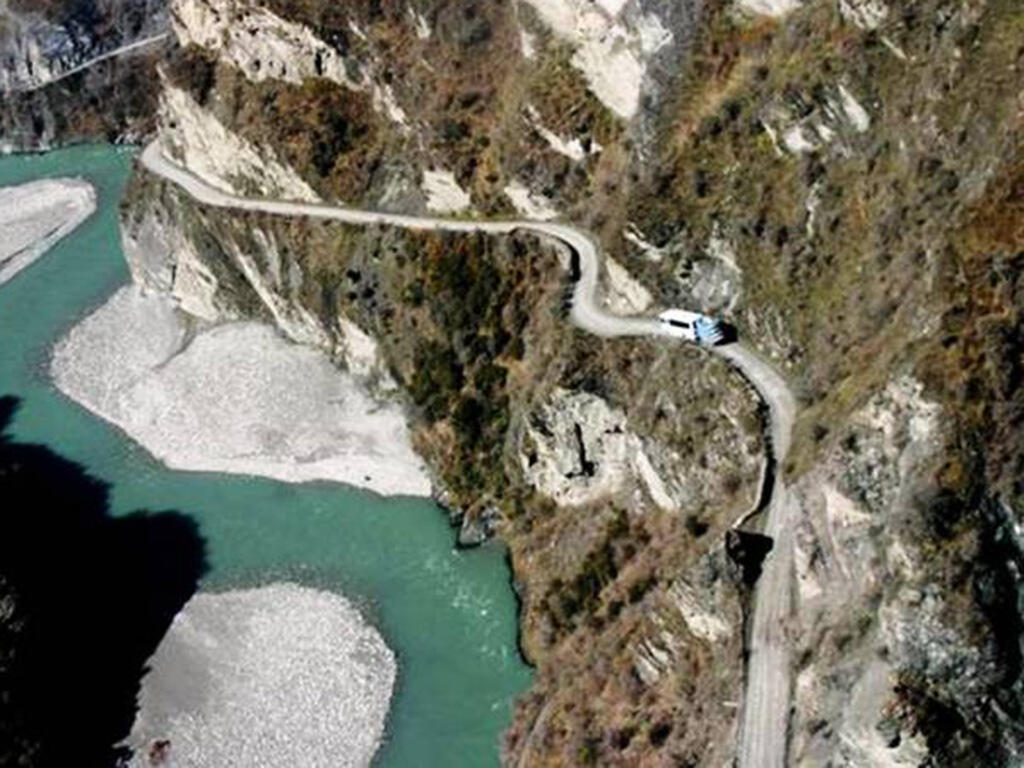 Another beautiful-yet-dangerous road is situated on the edge of one of New Zealand's best known gorges. Skippers Canyon north of Queenstown is some 22 kilometres in length, providing the road which runs along the side it with some jaw-dropping views and jaw-clenching drops.

When the weather is dry, which it often is, the ground omits plenty of dust which can make driving through it a tough task. When you also factor in the narrow path, making it difficult to manoeuvre - particularly when passing other vehicles, then it comes as little surprise to learn it's only really used by tourism operators rather than the public. The death toll here is comparatively very low, so if you're looking for a hair-raising challenge this road is a realistic contender. 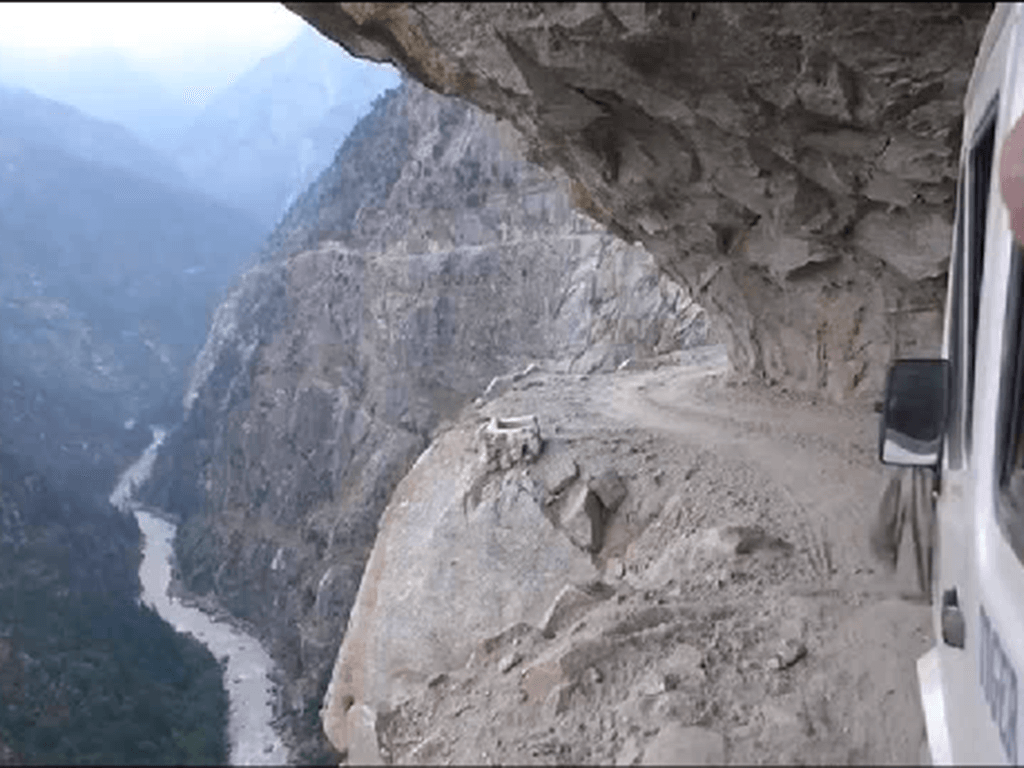 You probably wouldn't expect the roads around the world's largest mountain range to be smooth sailing, and you'd be right; the Himalayan Roads are some of the most treacherous in existence.

Unpaved, jagged rocks, steep declines, unbelievably narrow pathways and slippery surfaces don't really make for a fun time, but if you like to be scared, you're looking to put your skills to the test and you don't fear death, then the Himalayan roads might be the place for you. There'll be constant reminders throughout your journey of just how hard the roads can be to drive across - mainly in the remains of crashed cars and rolled over buses. 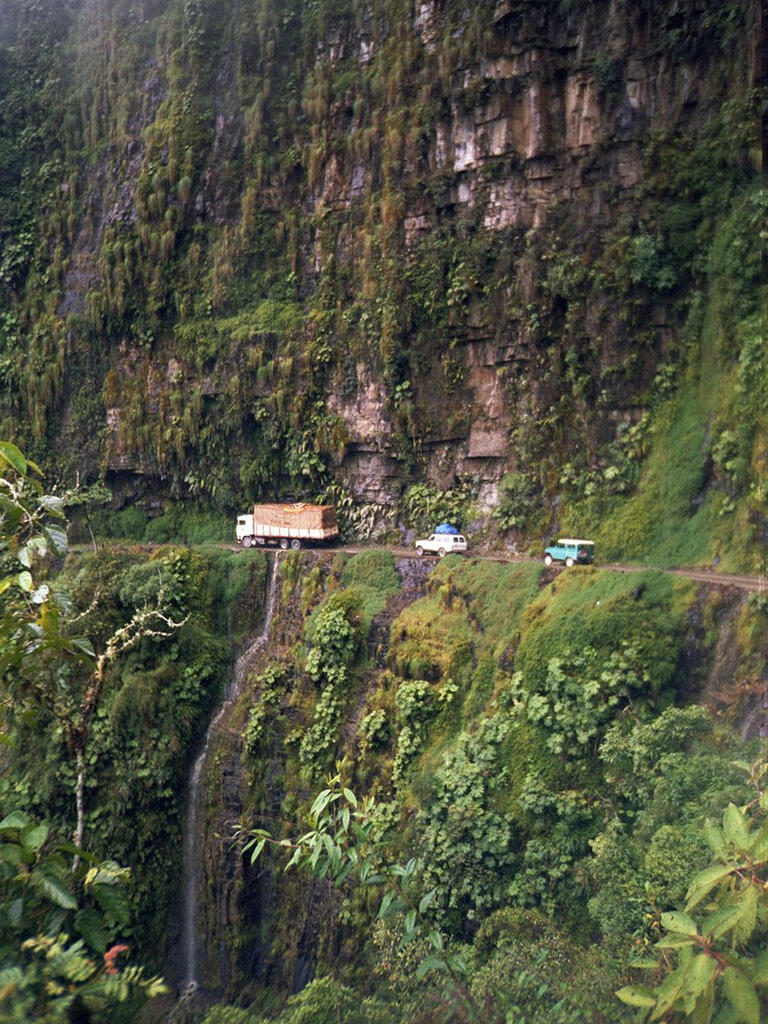 If roads were scary movies, then consider North Yungas Road in Bolivia 'The Exorcist' (that film being this writer's favourite horror). While driving on the road has not been banned like that film was, if you go in without knowing what you're getting yourself in for (like this writer did upon first viewing 'The Exorcist', aged 11) then you're setting yourself up for a couple of hours of psychological terror!

This legendary 38 to 43-mile-long stretch of road leading from La Paz to Coroico, which continues to rise as you move forward (eventually reaching a nosebleed-inducing three miles above sea level) has been dubbed the "Road of Death" and the "world's most dangerous road". That doesn't stop plucky drivers from giving it a go, though; those working in logistics sometimes don't have a choice.

People pray to the goddess Pachamama for a safe journey. They chew coca leaves to stay alert. Then they set off around the sharp bends with precipices so steep there's absolutely no margin for error. It's often raining and foggy. The ground sometimes turns to slime. It's estimated that 200 to 300 people die on this road every year.

In other words: WE DON'T RECOMMEND IT!

So if feeling safe and secure when driving has become a little too boring for you, you've now got plenty of suggestions for roads which will get your pulse racing. But just remember: you never know what is waiting for you around the corner...