10 of the best electric vehicles

10 of the best electric vehicles

When it comes to cars, being green was always difficult for those who are passionate about the environment; you didn't want a car that impacted air quality, greenhouse gases, ozone depletion and so on, but at the end of the day - or beginning of the day, in this case - you had to get to work, right?

Then along came the electric car. Well, technically electric vehicles have been around in some capacity since 1884, but it was in the 90s that there was a revival of interest as the seriousness of imminent climate change entered the public consciousness.

Now electric vehicles are all the rage, and it's never been easier to own one due to vast networks of charging points and decreasing price tags. So for anyone looking to go green, here are ten of the best electric vehicles on the market. 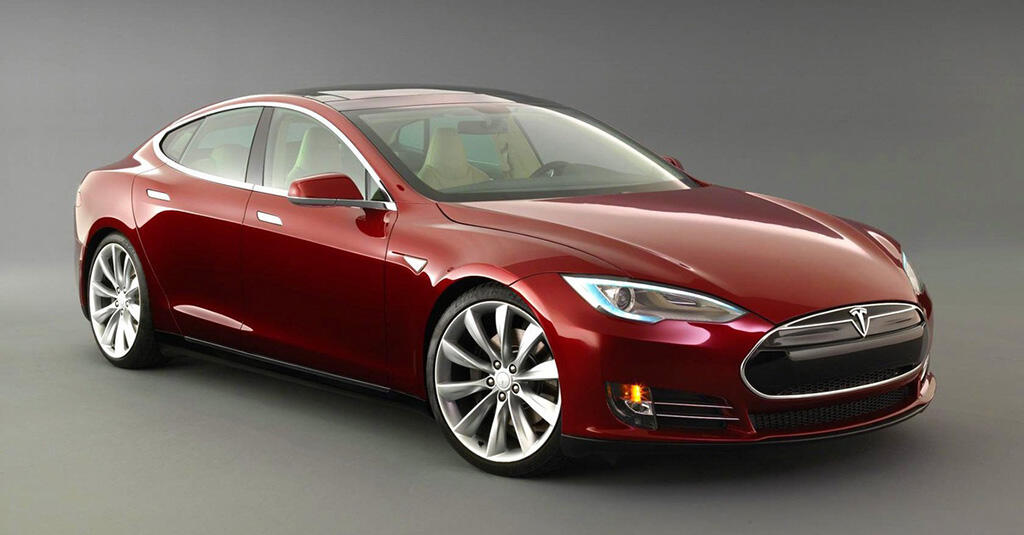 Which manufacturer makes the electric car with the longest driving range? Your mind may naturally think to Germany or Japan, but unless you've been following the rise of the EV closely you'd be forgiven for not giving the right answer. California's Tesla was only founded in 2003, but its Model S all-electric sedan - unveiled in 2009 - has a driving range of 265 miles. That's more than double the range of any other pure electric vehicle.

It's not bad looking, either. With a stylish but not outlandish exterior, it's on the inside where the Model S leaves its mark. A large touchscreen next to the steering wheel tells you everything you need to know when driving, and all in all it's a very comfortable drive. 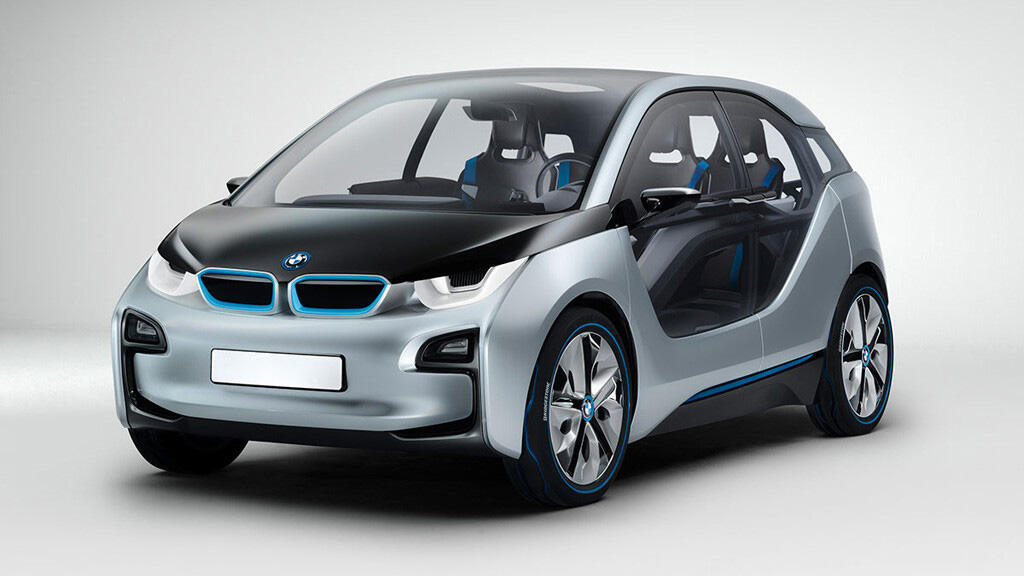 As the winner of 2014's World Green Car of the Year and World Car Design of the Year, the charming BMW i3 simply had to be on this list. This is the German manufacturer's first zero emissions mass-produced vehicle and it's certainly proven a hit, with almost 8,500 units sold in Europe and North America as of August 2014.

Sporty, innovative and easy on the eye, the i3's driving range can stretch between 80 and 100 miles and as of July 2014 it is the most fuel efficient EPA-certified vehicle, regardless of fuel type. For under £30k, going green is a steal. 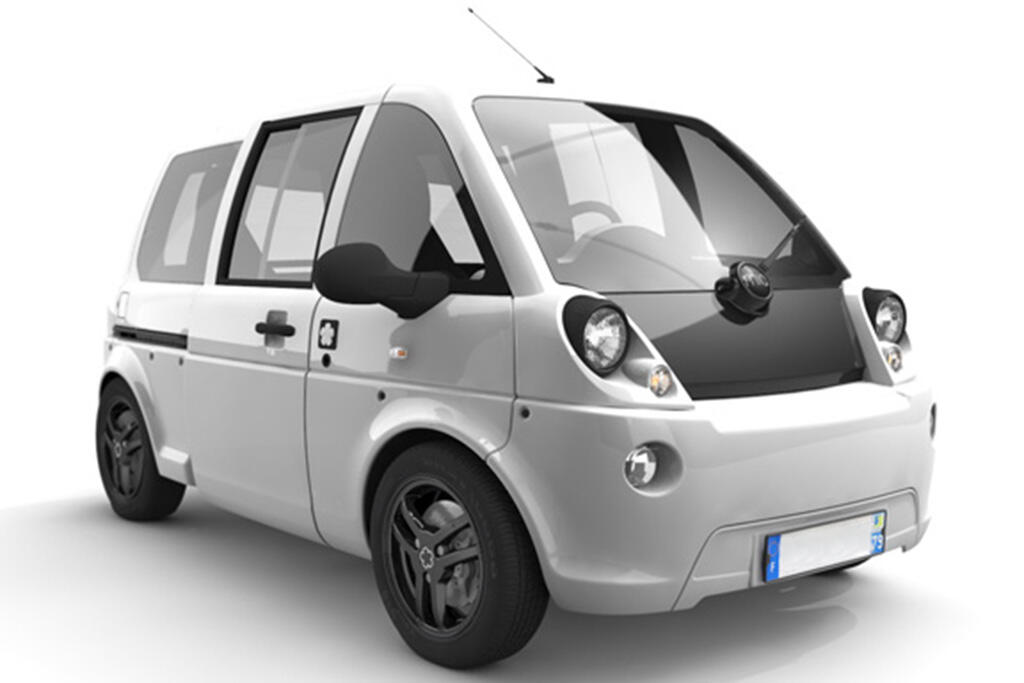 Sadly, French manufacturer Mia is now in judicial liquidation due to financial problems, but we're still a big fan of the Mia electric car - admittedly more for the way they look than anything else. Picture a child's toy version of a VW camper van and you'll be near enough.

These dinky electric vans could actually get up to a max speed of 62 miles per hour, but as they have a driving range of 80 miles you'd have to stop a lot if you were to push pedal to the metal. If you can pick one up we'd be very jealous. 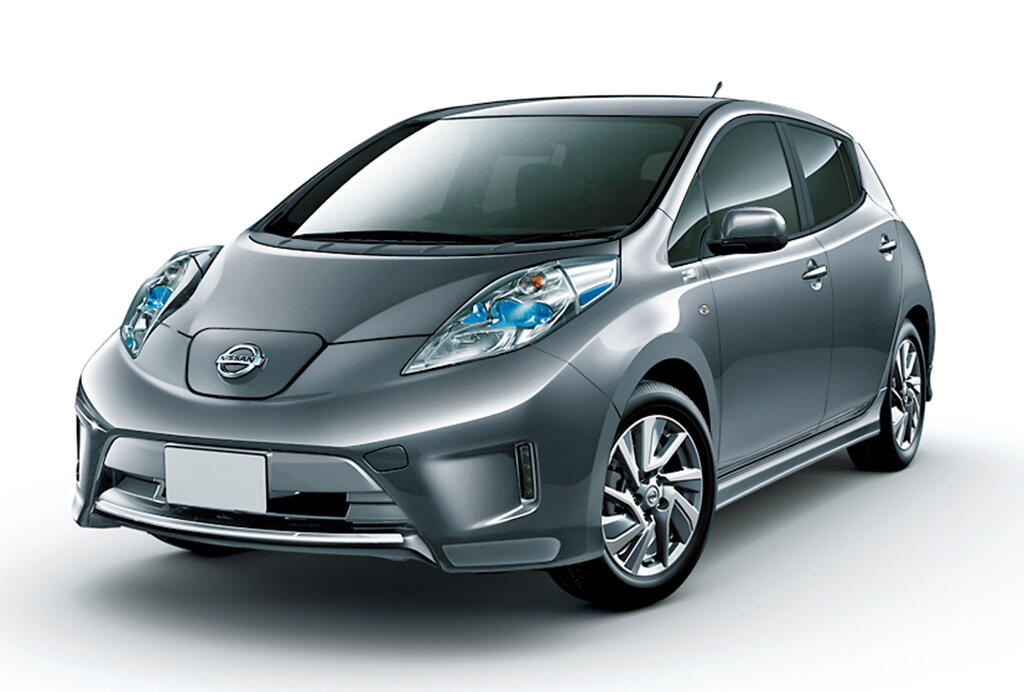 You didn't think we'd leave out the Nissan Leaf, did you? It's the most successful electric car of all time in terms of sales, and it pretty much does everything well.  It has a 124-mile range - perfect for shorter commutes (and not the worst for longer journeys), a well-equipped interior and a smart design that anyone would be happy to be seen in.

Having been on UK roads for a number of years, many of the original features that required tweaking have now been tweaked, and the Leaf has become a smooth and relaxing commuter car with popularity that doesn't seem to be waning. 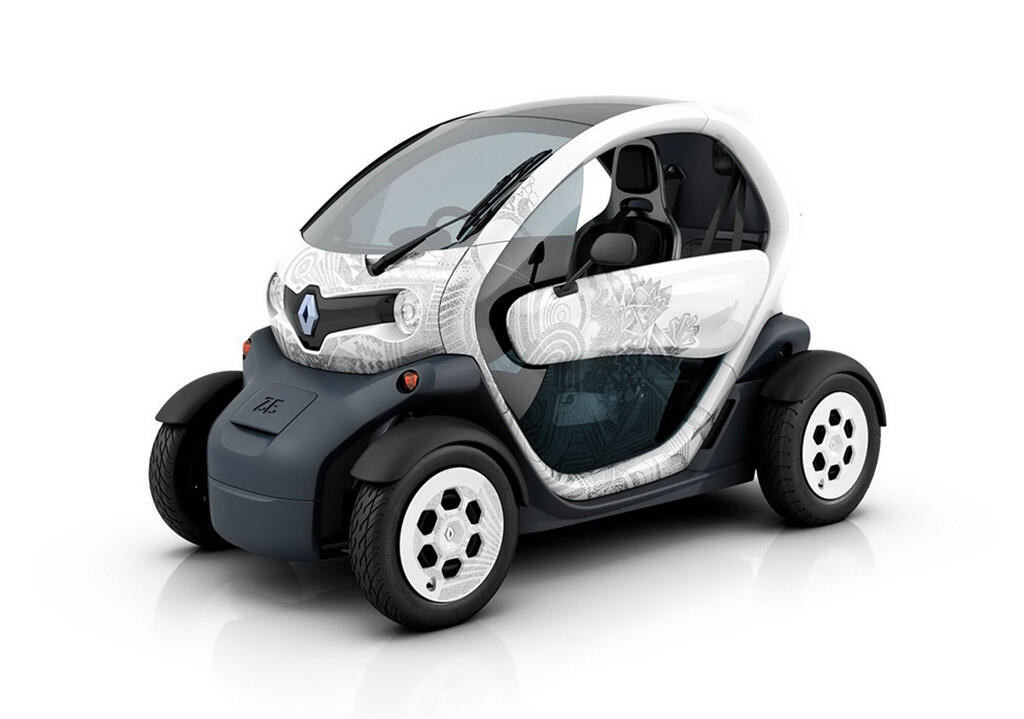 The Twizy might just be the cutest and niftiest electric vehicle out there. This lovable two-seater is conquering the European market; it was the best-selling plug-in electric vehicle back in 2012, and since then it has gone on to sell 12,456 units worldwide. The ?7k price tag has proved particularly popular with German, French, Italian and Spanish drivers.

At just 7ft 7in long, finding a decent parking space is never much of an issue. With a range of just 50 miles, though, it's not one to take out for a long drive on the Autobahn.

Similar in style to the Tesla Model S, the B-Class Electric Drive from Mercedes answers most queries a first-time electric car buyer may have. Does it have a decent range? Yep - 85 miles isn't too shabby. Does it skimp on comfort? Nope - it has a very spacious and desirable interior. Is it safe? It's a Mercedes Benz - safety is always a top priority.

It might not 'wow' on first glance, but this electric car is ahead of the pack in the majority of departments. 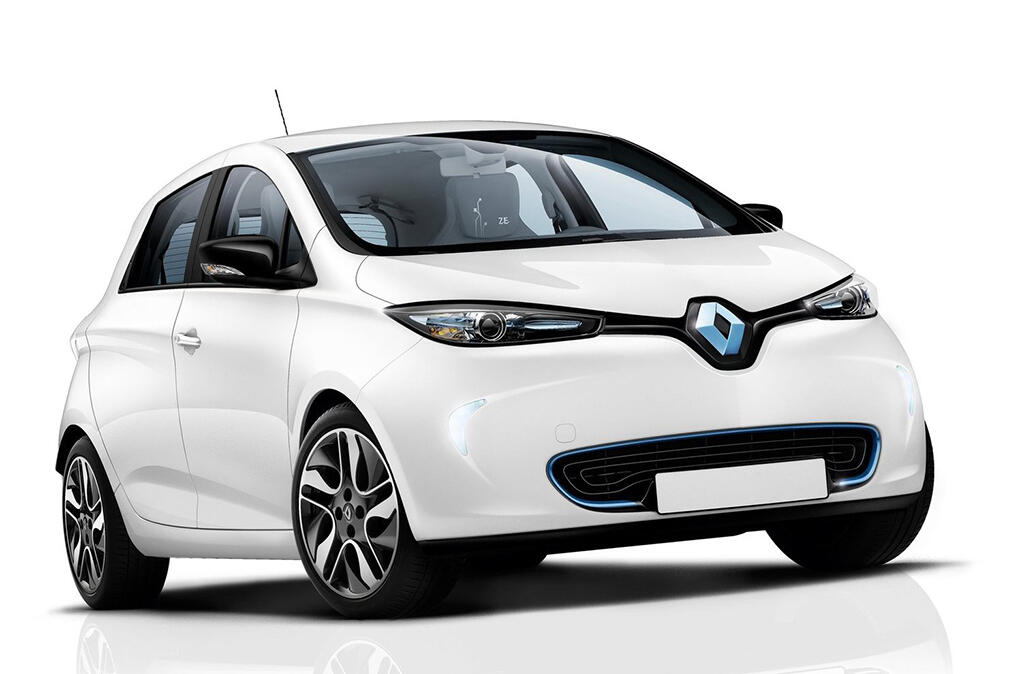 The Zoe, Renault's second model on this list, is definitely one to consider for anyone making their first move to electric cars. It looks fantastic, costs little to run and drives so much like a normal car that you might even forget you've gone green.

It's very similar to the Clio in that it has an almost identical dashboard - albeit better equipped with a digital display - but it's a little longer and taller. With a 130-mile range, the Zoe requires charging far less than some other EVs. 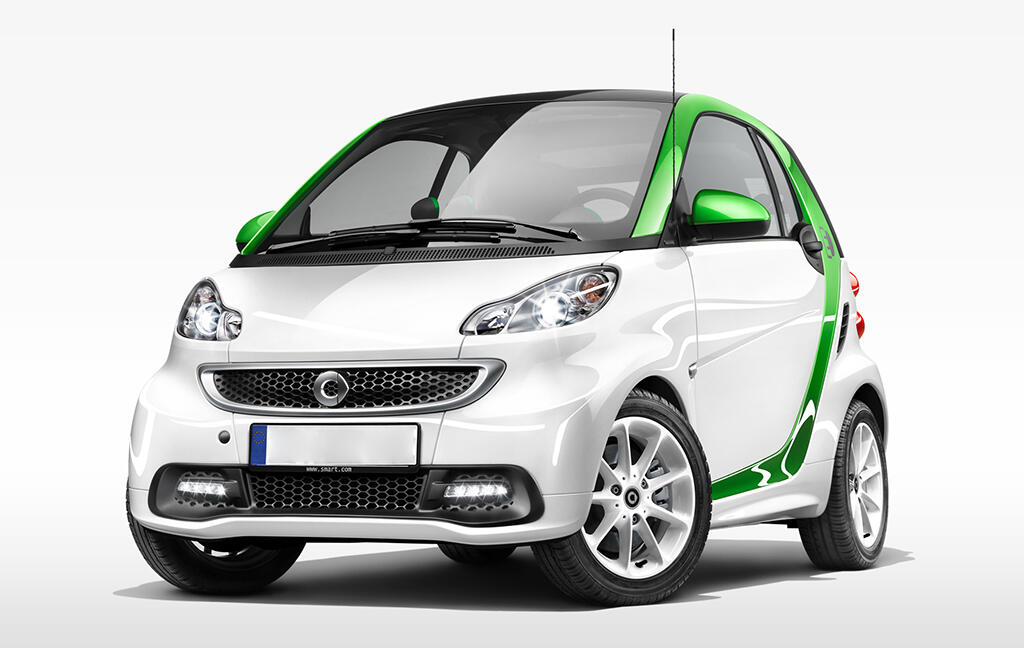 This little gem has been around for a while now, but it's still one of our favourites. The 68-mile driving range seems pretty good for such a miniature vehicle, and it's one of the only EVs with a convertible option. 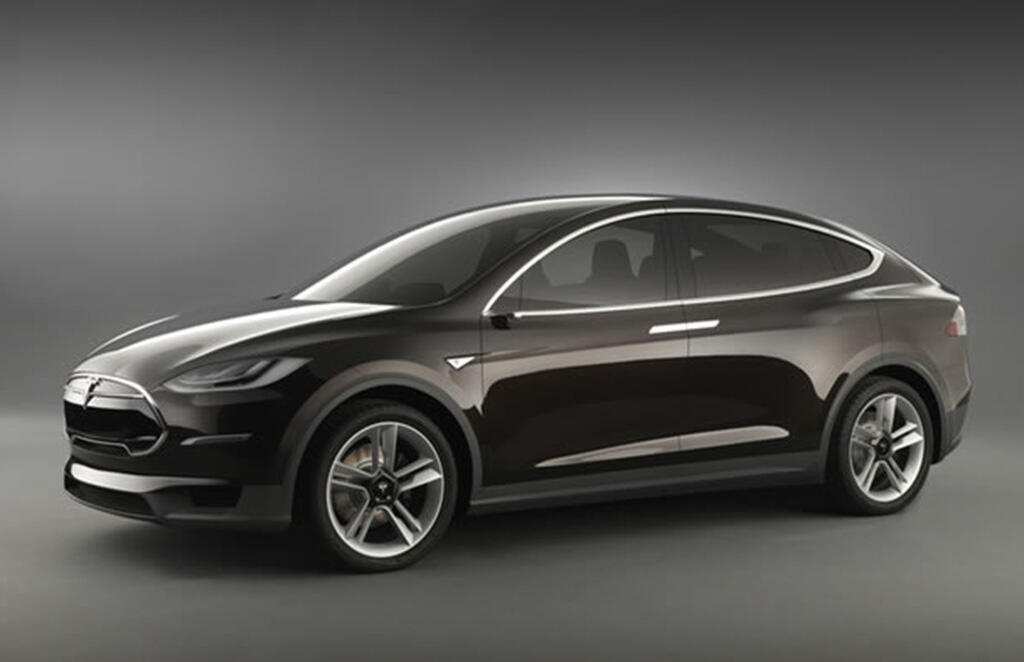 With its DeLorean-style vertical doors (aka falcon doors), 'Back to the Future' fans will undoubtedly be championing Tesla's Model X EV. Those who have pre-ordered can expect their vehicle to be delivered in Q2 of 2015, but will it be worth the wait?

Most signs point to 'yes'. Bulkier and heavier than the Model S, this electric CUV still appears to be very versatile. Its 170-230 mile range may be less than its predecessor due to the increase in weight, but it has more space inside with room for seven adults plus luggage.

With Volkswagen's first mass-produced plug-in car now on sale in the UK, the German manufacturer is confident it can become the "world leader in e-mobility" by 2018. The e-Golf's main pull is surely its all-round similarity to the compact hatchback VW is known for - good-looking, easy to handle and incredibly fun to drive.

You won't be unsettled by engine noise when on the move as the e-Golf makes virtually no noise at all. Tests have shown that the driving range is approximately 99 miles - more than sufficient for most trips - which gives it a decent edge over many similar EVs. Will it give the Nissan Leaf a run for its money at the top of charts? Only time will tell.